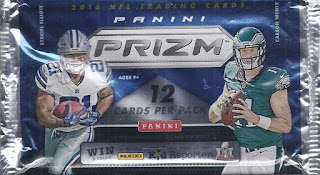 This time, one pack of 2016 Prizm football from the LCS. The only packs they had at the LCS were these jumbo packs, so let's see the 12 cards that awaited within. 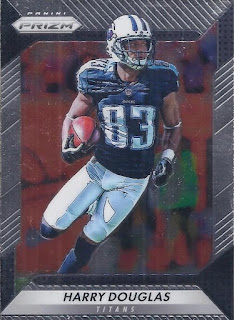 Harry Douglas is my first card of the year. "I'm Harry! But then aren't we all?" - Harry Stone, Night Court. 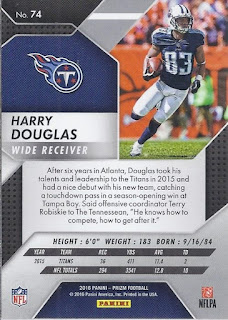 After disappearing last year, the recycled photo returns for 2016 releases. 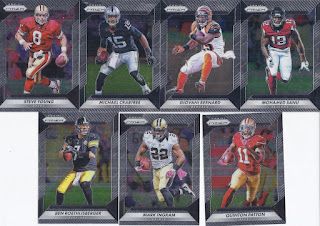 The rest of the base. The Bernard is easily my favourite in this group, with the appearance of the early-season dirt infield. 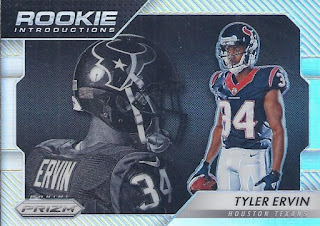 The first insert. With a black and white background and a colour foreground, it slightly reminds me of the 1992 Studio release. 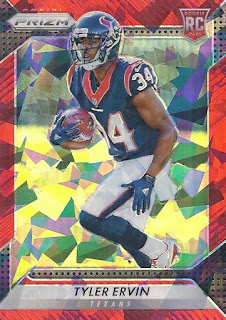 I guess this pack should have gone to either Houston for a Texans collector to get, or to San Jose for a collector of Spartans alum. Still, this cracked ice variation /75 is a nice bright card that looks even nicer in hand. I didn't get an auto, but this still feels like a hit. 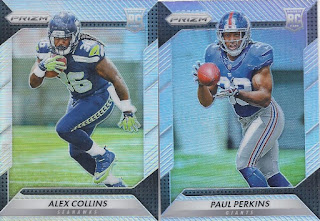 And two Prizm rookies end it.

No PC additions, but the shiny was shiny and that's good enough for me.
Posted by buckstorecards at 09:35