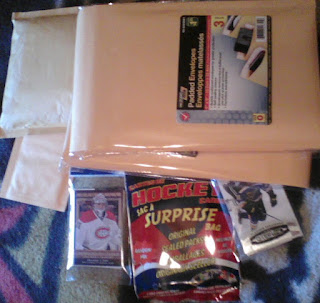 The Expo is just one sleep away, and is time to make sure I have enough bubble envelopes for the aftermath. Although I tell myself I won't be doing that much hunting for others, I just know I won't be able to keep that promise. And since I'm in the Dollarama anyhow, let's grab some cards!

I started with the hangers last time, this time I'll open with the Surprise Bag. 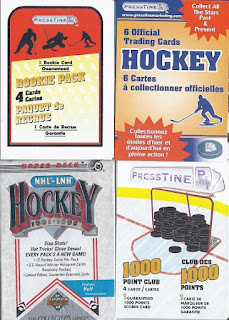 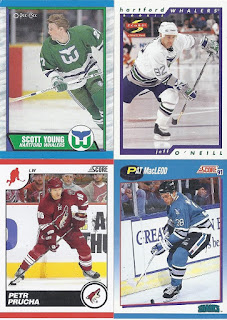 I was hoping that Shane over at Shoebox Legends would need one of those two Whalers. Alas, it was not to be. The Jeff O'Neill is still an interesting photo, as a look at the clear ice and the goaltender in the background indicates it comes from the time in the game where the Zamboni has finished its work, but the period has yet to start.

The UD pack wasn't bad for what it was. #77 (Rod Buskas) seems determined to get a holding penalty. The Jiri Sejba, along with its French parallel, were the only NHL cards of his career. And Brett Hull rocking Cooperalls! 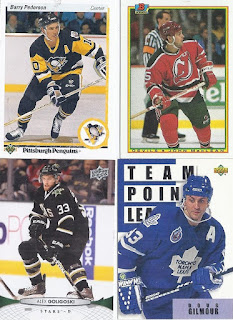 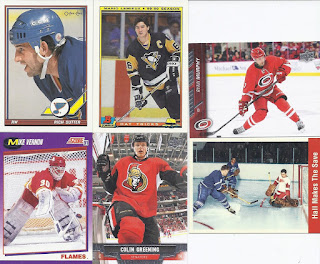 But the 6 pack was much better. A Sens card. A Rangers alum. A 1990 Bowman insert instead of your standard base card. And a really nifty Glenn Hall card that I had to look up to find out what set it was from. And your winner was: "1994 Parkhurst 1956-57 Missing Link".

Big improvement over the last one with lots of keepers in this. 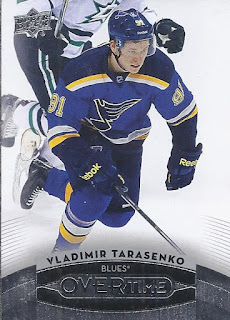 2015 Overtime - Vladimir Tarasenko - Leading off with a product I never had a chance to bust.
1991 Seventh Inning Sketch - Ed Patterson 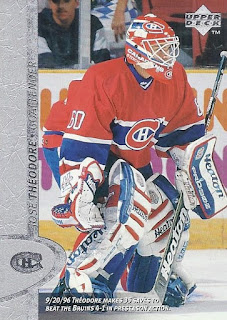 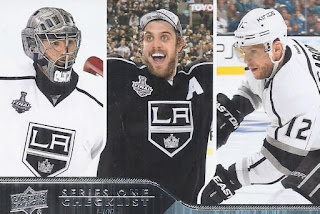 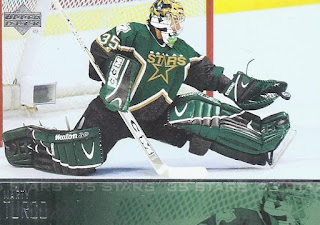 2003 UD - Marty Turco - With apologies to Dennis @ Too Many Manninghams, I'm keeping this one for my mask binder. 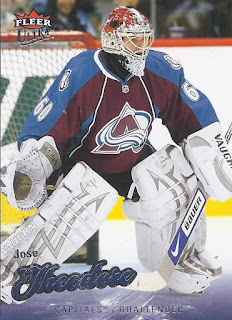 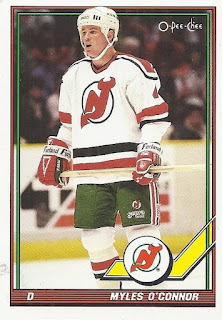 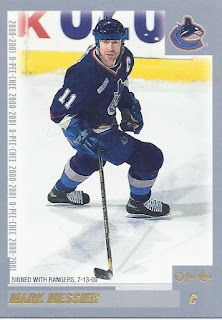 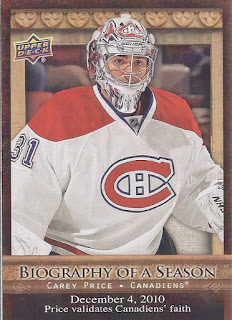 2011 Biography of a Season - Carey Price - Opening up with a mask binder card. 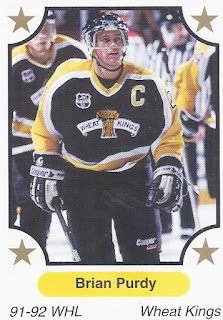 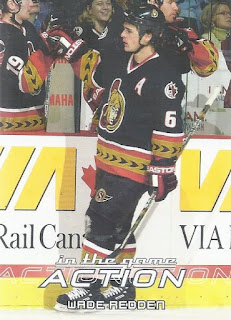 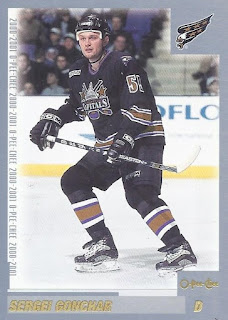 2000 OPC - Sergei Gonchar - And now, these will probably show up in every repack I buy for the next couple months.
2000 UD - Andrew Cassels 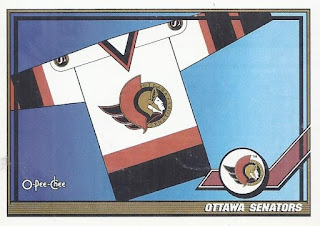 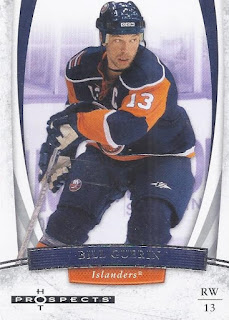 2007 Hot Prospects - Bill Guerin - Bill was far removed from a hot prospect at this time, but this is another set I don't see much of in repack land.
1990 Bowman - Dave Barr 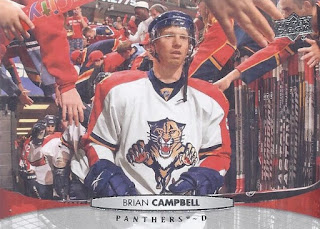 And there you have it! Now, let's see if I keep my vow to get more goodies for me than for others tomorrow.
Posted by buckstorecards at 08:00