Only one post to go after this as I show off the handful of hits I picked up that I could have shown with the appropriate decade like I did with the 90's autos, but elected not to. 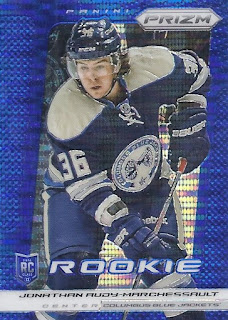 I bought this just because I love when lengthy names have to squeeze their way onto cards. However, looking at what someone on COMC wants for this, maybe I should have submitted it at the Expo, and put it up for %80 off that price. Either way, I would have easily made my money back on this card and then some. As Tom Vu used to say "Profit! Profit! Profit!" 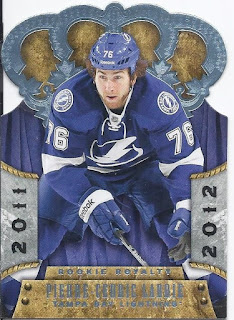 Not quite as lengthy, but still longer than your typical name. 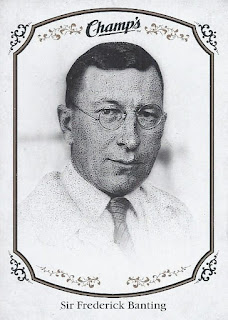 I was planning to post this a few days after the Expo when Banting was the google doodle of the day. Instead, here's another SP from this year's Champ's. 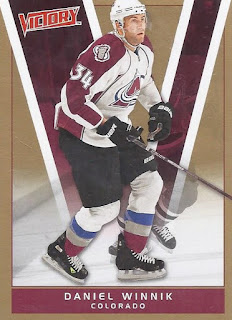 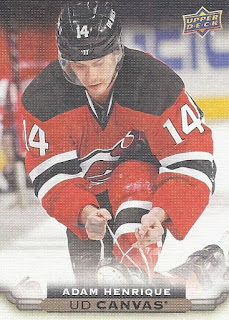 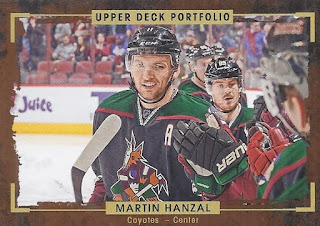 Can it really be called a throwback jersey when they were still in regular usage in 2003? 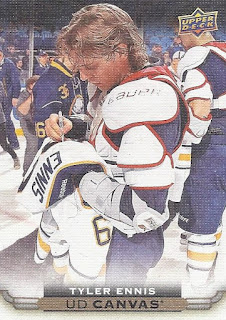 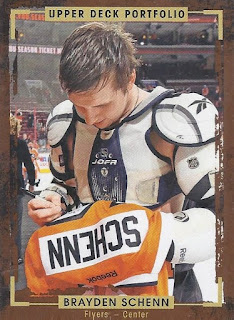 And a pair of rather unique autograph signings. These look like they come from the fan appreciation night where the fans literally get the jerseys off the back of the player. 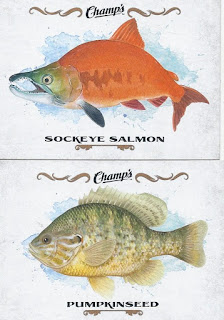 And to end, fish card from Champ's. Because why not.

Just the hits and some numbered cards left for the final Expo post.
Posted by buckstorecards at 04:33