Time to go through another decade worth of Expo cards. 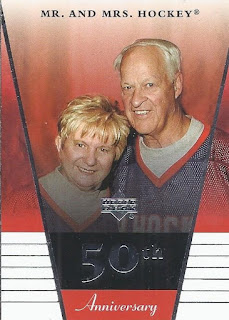 When you're Gordie and Colleen Howe, you get a card celebrating your 50th wedding anniversary. No complaints! 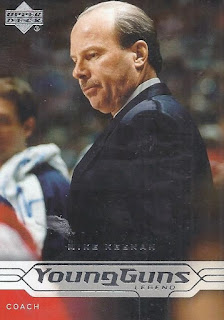 2004-2005 was a strange year for the Young Guns, as there really weren't too many players who would qualify for cards with the labour situation. So, UD got creative, and made young guns card of legends, as well as some legendary names. Lord Stanley was a Young Gun. So was Gary Throne. So was Cammi Granato. And so was Mike Keenan. A nice little not really but still an oddball. 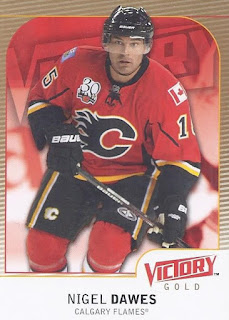 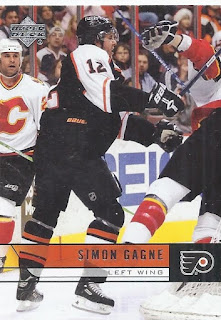 Let's show a player getting a slashing penalty! 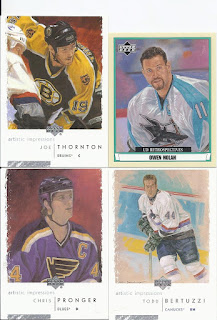 Some random drawn cards out of Artistic Impressions. Chris Pronger looks like a zombie.

And some more team logo in the background cards - whether they're part of the card design, or part of a strategically placed team banner - I love 'em! 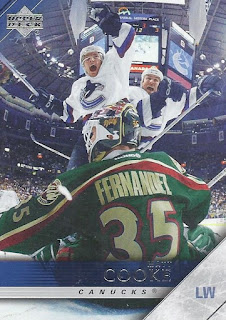 Last, but not least, here's a great celebratory photo. From a photo of a player who is not known for scoring, to a perfectly-framed dejected goalie in the foreground. Matt Cooke may not be one of the more popular players in recent history, but this is a beauty.

One more decade to go!
Posted by buckstorecards at 05:27