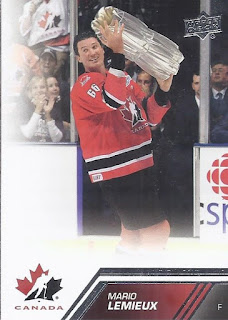 For the most part, this trophy room post will feature one trophy only - The Stanley Cup. But what is this piece of hardware Mario is hoisting? I originally thought it might be from a world championship, but those aren't usually carried by the CBC, so they wouldn't have rinkboard advertising. My google-fu kicked in, and that is the 2004 World Cup of Hockey trophy. Seems a little fragile, but it really doesn't seem in that photo as bad as articles about it made out. 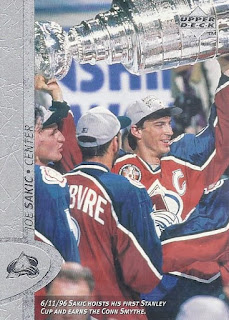 And now, it is time for Stanley. Whether in the air, 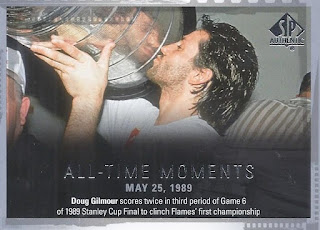 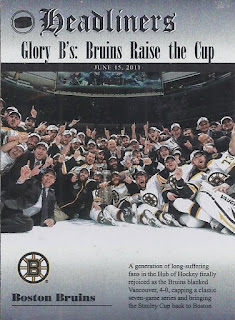 or hiding in a team photo, there really are no bad cards that feature the cup.

These cards do not feature a photo of the cup. The Cup might be part of the design on the final two, but it really isn't a photo. But they do feature stories about some of the people who have raised it. So, enjoy as the fine folks at ITG did the writing for me. 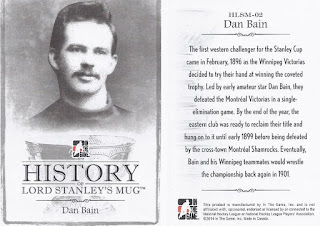 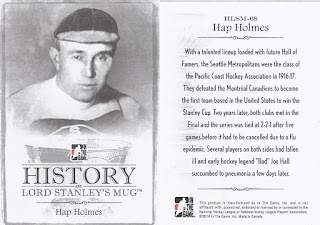 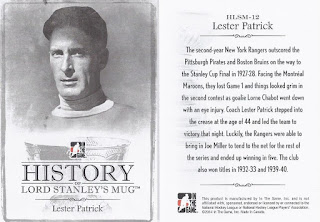 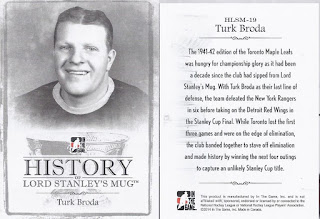 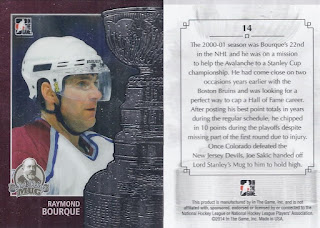 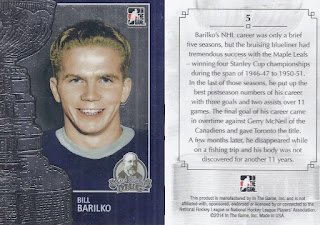 That final card was too recent to be in Gord Downie's Fifty Mission cap. Plus, it doesn't mention that the Leafs didn't win another until his body was discovered.
Posted by buckstorecards at 07:09