Time to slip away from the Expo, and dip into the ol' mailbag. When I busted a box of Field Access, one of my autograph pulls was a /99 parallel of Marcus Mariota. Knowing an Oregon Ducks super collector was a good thing, as I parlayed that into this trade package. 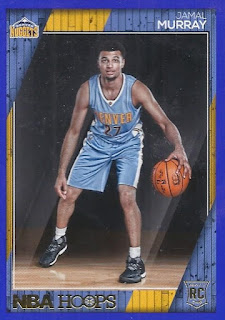 For the first time in a long time, my most desired rookie is not of someone who is making his debut in Toronto, but of Denver's Jamal Murray. He's from my hometown, and that's not something that happens much outside of hockey. 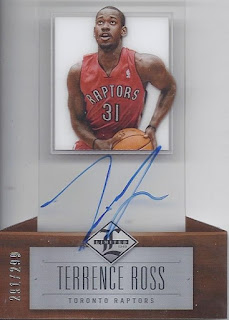 But here's some Raptors content. I saw the acetate, and was trying to file it as a Donruss Elite Series card, completely ignoring the large Limited logo between the auto and the name. 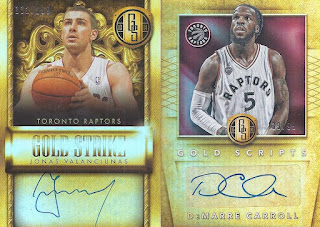 At least there's no doubt where these come from. Demarre Carroll seems to have been all over auto sets last season, and I love adding them to my collection.

Staying in Toronto, but shifting to baseball, here are some Black & Blue Jays. 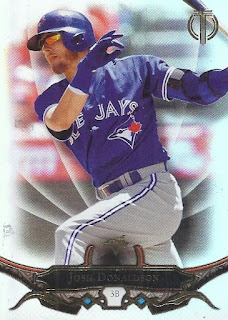 Here's a nice high end base card of Josh Donaldson. 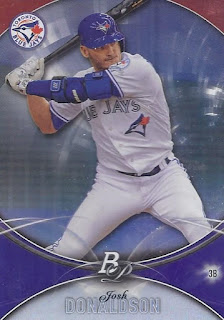 And another base card, this time less high-end, but this time of a set I had yet to see on this side of the border. 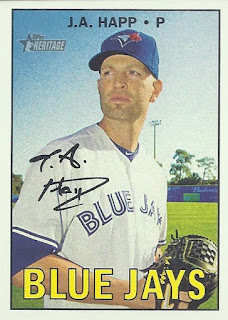 JA Happ's facsimile signature is nice. I wish he had an actual certified one with the Jays. 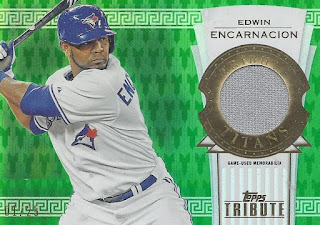 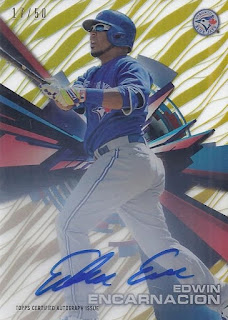 And an Edwin auto to end the Toronto portion of the trade! A decent enough signature, and it does nicely accentuate the Double Es. It looks unlikely that Edwin will be spending 2017 in a Jays uniform (I'm pre-posting this a few days in advance for Grey Cup weekend, so maybe something happened already), but at least he went out with a bang to end the wild-card the best way possible. 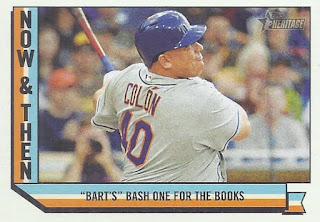 The usual person at the Expo that had Heritage High/Minors didn't have any this time around, so I failed to get this one there. Fortunately, Kerry came through with this insert. 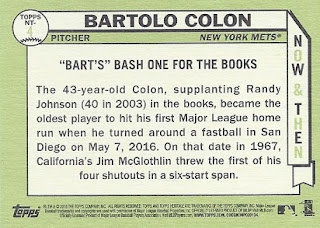 The back is kinda interesting too. 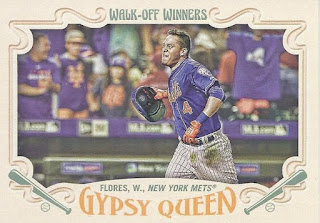 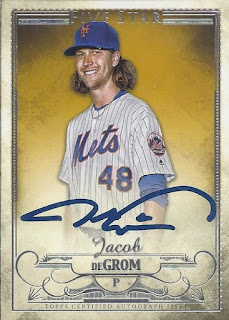 And the other big card in the trade adds a Jacob DeGrom to my collection of autographs from the Mets young pitching staff. I thought that he didn't get the 'ultra fine sharpie" memo, but there seems to be a healthy mix of cards in the autograph portion that are signed with a similar pen. So I'll look on this as just a novel variation to the usual autographs.

And there you go! Unfortunately, the breaks of some of my Black November content did not contain much Oregon alum or Trail Blazers content.
Posted by buckstorecards at 07:26