Even though I don't do Masked Mondays any more, it can still be a suitable day to go through the rest of my additions to those binders. 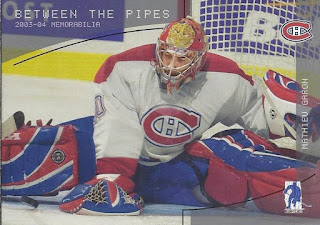 Jacques Plante's early mask has shown up here before on modern masks, notably with Tyler Plante and Carey Price. So here's a third one, and one that doesn't envelop the whole head with a wraparound look. 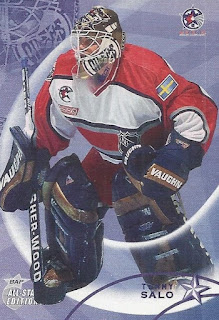 Sure, the alternate Oilers logo is nice, but the  all-star jersey, complete with flag is the real star here. 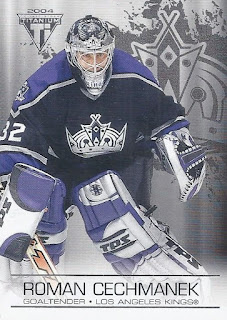 More Titanium with the logo in the background, and Roman joining Jamie Storr in saluting Egyptian royalty on his mask. 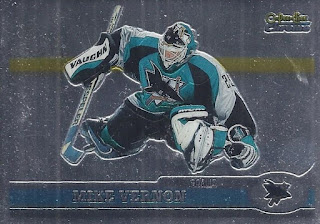 It is a simple use of the the team logo on the paint job, but the symmetry with the uniform is a pretty nice co-ordinated look. 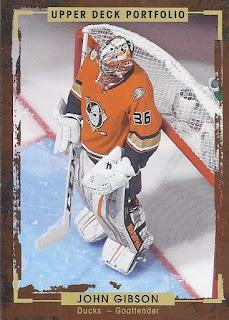 I actually had this card in my Rangers alum binder, but I also wanted it in this one. John Gibson shows his love for classic video games in his masks, and you can see Duck Hunt making an appearance here with the video game's dog. He's used Pac-Man in the past, and his most recent one is a Donkey Kong themed mask. 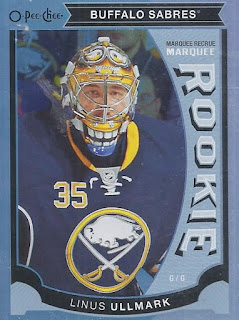 Minions! And a perfect idea to go with Buffalo's colour scheme. 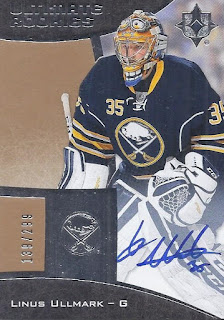 Here's an autograph to go with it. 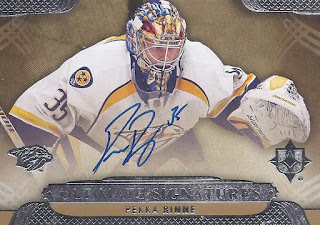 And one more autograph to wrap up another Expo post. In this 2013-14 Ultimate card, Pekka Rinne opts for the facehugger Alien enveloping his face. I'm not sure if I would go for a theme where it appeared I was being attacked, but to each his own.