Some PWEs showed up over the past week from My BF Collects Chipper Jones. Time to start showing off the scans. 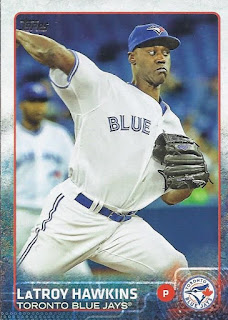 I didn't do much involving last year's Update set, so I still had some empty spaces in my every Blue Jay ever collection from that. I had this Latroy Hawkins that needed to drop. So, here it is! I regret now filing this card away before taking the chance to scan the microscopic font on the back. 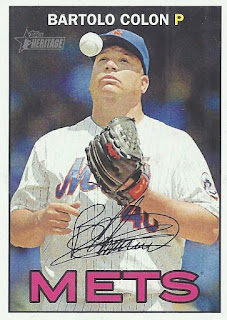 While you really wouldn't pick up a card from Heritage when you're looking for interesting photography, this one seems so appropriate for a Bartolo Colon card. 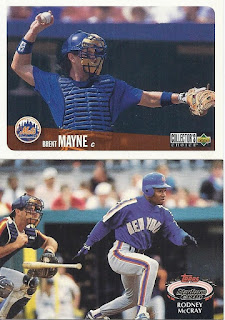 Two people who I completely forget were Mets. Brent Mayne spent 1996 with the Mets. McCray's time there was even shorter. 1 at-bat. Over 18 games. But he made the most of that at-bat, adding his first and only RBI over his career. He's probably more famous as "That guy who ran through the outfield wall." while in the minors for the White Sox. 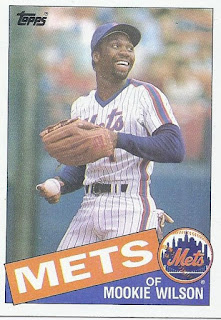 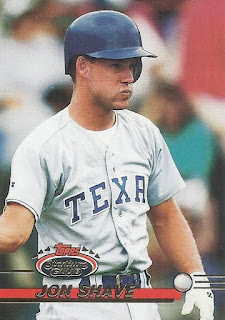 This one was sitting on my zistle wantlist for a bit, since I'm amused by a photo of a guy who is named Shave, but doesn't look old enough to.

2/14 content! And those first two Len Gabrielsons wrap up his Topps solo card run, leaving only his floating head 1963 issue. For Cocanower, that's his last regular set card to finish his run, only leaving Tiffany and Update issues. Vintage is always a fun way to end a post!

Thanks for these goodies!
Posted by buckstorecards at 11:59