Since yesterday's promised tomorrow is now today, the other 6 packs in the blaster. 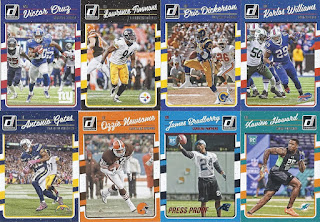 There's my second red press proof of the break. A pretty blah pack to start the second post of this blaster, but at least the Antonio Gates has a nice photo to make it the most interesting card. 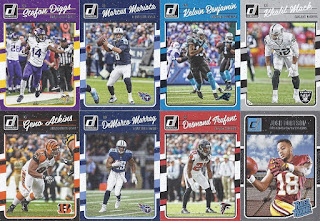 Another bland pack, but most of these cards were needs for the set. Most interesting card here is probably Kelvin, solely because they had to go into the archives a year back to find a photo for a player that missed all of 2015. 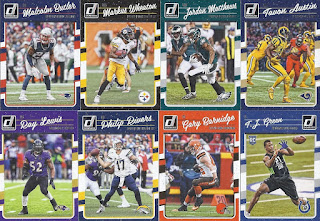 At least they found another picture of Malcolm Butler for 2016, since his SB interception showed up in base card releases from both companies last year. I don't think I would have opted for a photo where Rivers appears to be a second away from being sacked/stripped of the ball. 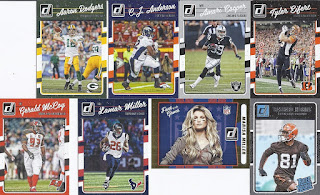 My only insert in this group of packs is Marisa Miller. Looking at the subset, I've actually heard of 5 of the 7 people on the checklist. For someone as pop-culturally clueless as me, that's a good average. 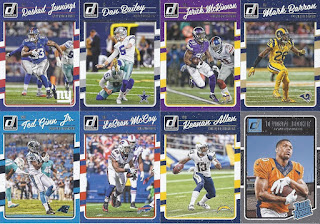 Kicker card! And a Bills card. At least a card of someone who is still on the team. 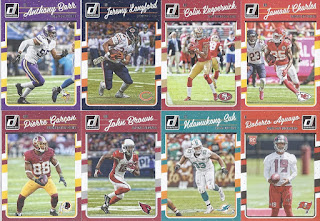 Kicker rookie card! That's the type of oddity you like as the last card of the break.

So, with these cards, my total looks like this: