I hadn't seen a Fairfield repack on this side of the border since Target left, so why not grab one when I see it at Walmart? 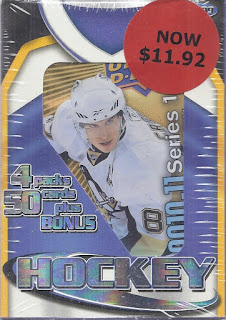 The four packs were: 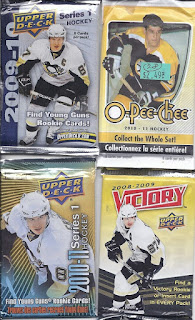 And those will be what I start with. Interesting that there isn't too much variety in terms of featured players on the packages. I'll do these in that order. 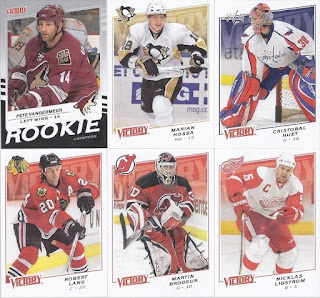 With 2008 Victory, having put the base set together, I was hoping for an insert I could use to finish the set. No luck there. 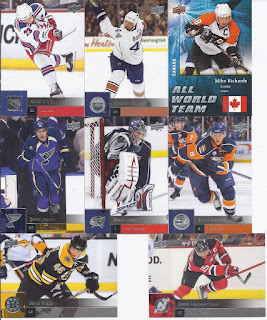 2009 UD got me an insert, and even better that it hits one of my PCs as a Kitchener Rangers alumnus. Steve Mason also fits, but I'm certain I've acquired at least a half dozen copies of that specific from repacks. 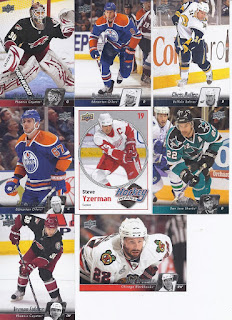 2010 UD. Can't complain about an insert of Yzerman. Vernon Fiddler is probably the player that most defines "I only know of him through cards.", considering he's been in the league since 02-03 and couldn't say anything about him other than "Yes, he is a hockey player." 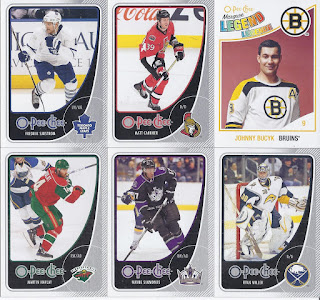 And O-Pee-Chee is probably the most interesting pack of the bunch, despite one of their most border-intensive designs. A Sens card. A mask binder card and a short-printed Legends card. A nice way to wrap things up.

Tomorrow, the bonus and the 50.
Posted by buckstorecards at 23:23