Time to show off some goodies from the Raptors in a recent mojobreak group break. 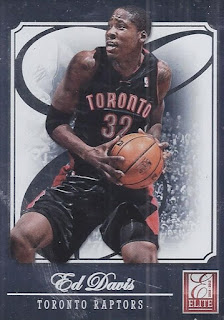 A box of 12-13 Elite landed me one card, and that's this one of Ed Davis. Ed was sent out of Toronto in the trade that brought Rudy Gay to town. 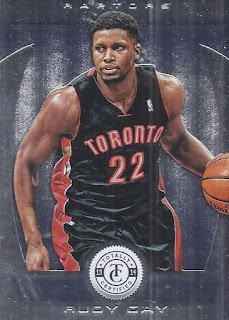 Speaking of which, here's Rudy! 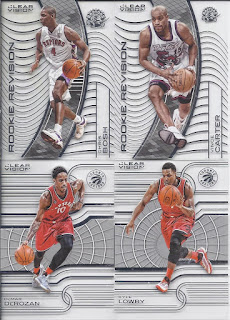 There were a few boxes of Clear Vision in the mixer, and I think this is the complete base set of the team. The player and dark background portion of the card is slightly raised for an interesting effect. 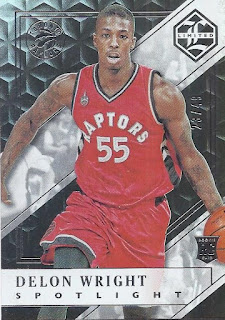 It wouldn't be a break including 2015 products without landing at least one Delon Wright. This is the Spotlight Silver parallel, numbered to /49. At least I'll have two first rounders to chase in the 2016 releases, Jakob Poeltl and Pascal Siakam. 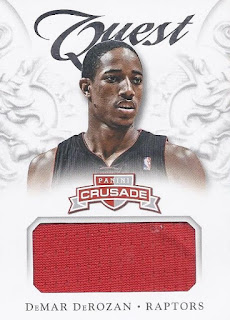 He's probably the all-time face of the franchise now, and here's a nice red swatch from him. 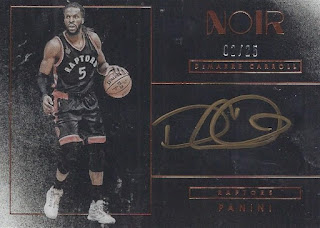 And the big card, and my second DeMarre Carroll auto pulled through mojobreak, both of which are done on black backgrounds. One with silver ink and this one with gold. No complaints here with this card as the big pull for me from a cheap mixer.
Posted by buckstorecards at 05:48