And now, a couple of PWEs that risked Canada Post's labour situation (as opposed to just general incompetence) to send me some cards. 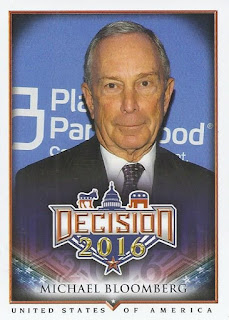 This was the card I was most excited to receive, having it show up in a PWE from Shoebox Legends. I'd sent out an alert that I really wanted this card, but shipping from the states on ebay was well beyond what I wanted to pay. If you're wondering why this was such a want for me, it is because Bloomberg is a 2/14 baby. He's now the 180th different person in that collection. 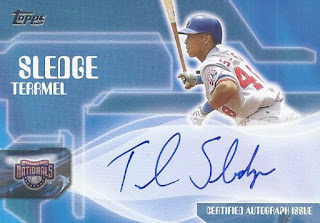 The rest of the envelope saw some more cards for my other collection. Sure, this shows as a Nationals card, but it is still an Expos card for me. In fact, it was Sledge that brought down the curtain on the Expos in Montreal, as he was their final out at Stade Olympique, popping up to third to end the game. 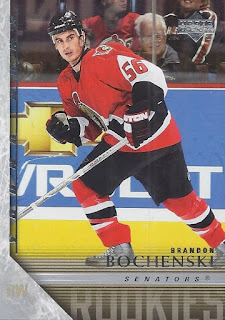 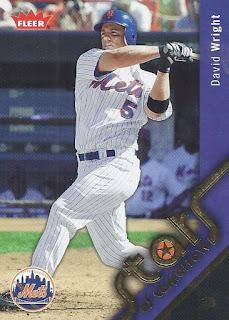 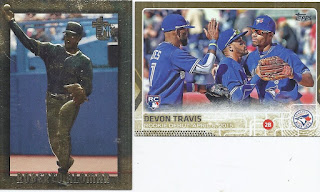 But, to wrap things up, here's some Bills autos for the collection.  And two of these guys are still on the team (Easley and Gragg)! Bonus! 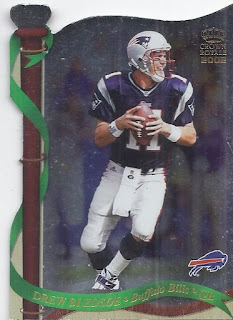 The first PWE started with a 2/14 card. I might as well do the same with this one. This is the 33rd Drew Bledsoe card in that collection, placing him in 4th place overall (behing Jim Kelly's 58, Alshon Jeffery's 42 and Steve McNair with 41). 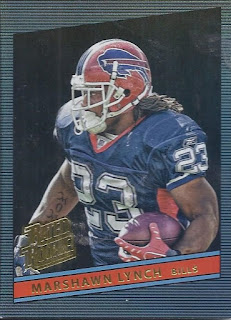 Boy, those two mid-round draft picks that the Bills got in exchange for Beast Mode really turned the franchise around. At least Chris Hairston played some games for them. As for Tank Carder, he played as many downs for the Bills as I have. But he was named Tank, so there's that. 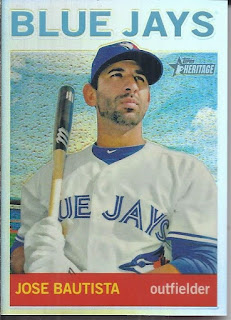 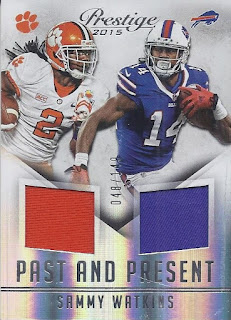 And a pair of colourful Sammy Watkins relics to end this post. Thanks to Shane and Mark for these great PWEs!

And now, I await the start of the regular season.
Posted by buckstorecards at 09:01