OrlandoBolts goes Out of Bounds

Even though the Canada Post situation was questionable up until a couple days ago, I still had a couple packages show up lately. One was from frequent zistle trade partner OrlandoBolts, who dropped some baseball and hockey on me. Today, the baseball. Tomorrow the hockey. I'll definitely be searching the bins at the next show for some Guelph Storm alum to fire back. 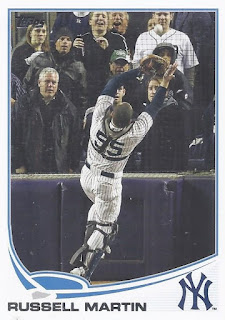 As the title of this post indicates, the Out of Bounds parallels from 2013 were a nice part of this package. I'm calling this one as a hit going into my CanCon collection. 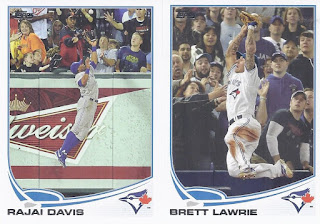 And I'm calling these as hits for my Blue Jays collection. Sure, they're not really hits in the traditional meaning of the word for collectors, but they are my binders. 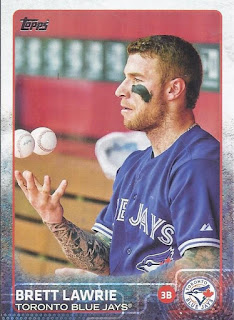 And here's one more parallel from last year's release. This is certainly a photo choice worthy of showing up on a SP'd card. 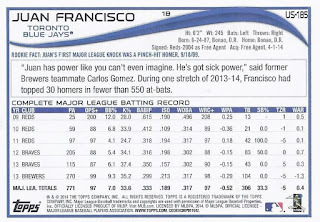 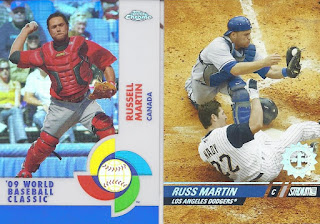 And back to the CanCon portion of this envelope with a pair of Russell Martins. While the photo is spectacular on the Stadium Club, how can I vote against a WBC card where he's sporting Team Canada duds? 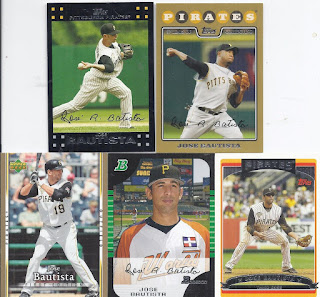 Finally, some pre-Joey Bats cards of Joey Bats to close the baseball portion of this envelope.

Tomorrow, the hockey!
Posted by buckstorecards at 10:54