UD's Portfolio hockey dropped not that long ago. I really did like this set based on the breaks I watched and the packs I bought. However, since I decided to build the Champ's base set, I really couldn't go all in on this set. Instead, it was off to ebay to look for interesting photos, and then note the wanted cards. When they showed up on sportlots, it was time for a PWE purchase of some of the cards.

And here they are: 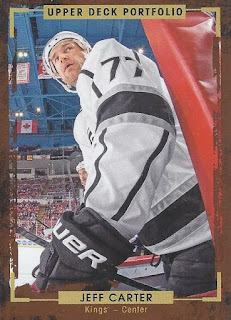 You can tell right from the start that this is going to be a set where photo choices are the draw. This card is the first in the set. There are a lot of these side entrance shots where the photo comes from Joe Louis Arena - and this one adds the bonus of a camera angle that you don't exactly see each day. 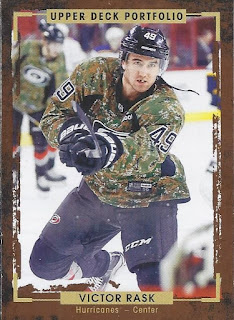 A missing tooth and a camo practice jersey? Yes! 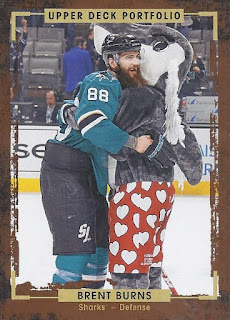 Still, for the second time in this year's releases, it is Brett Burns gap-toothed smile and interaction with SJ Sharkie that easily wins the battle. 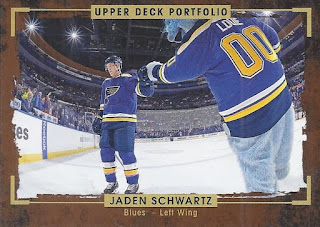 But that isn't the only appearance of a mascot on these cards. Jaden seems nowhere near as interested in the meeting as Brett. 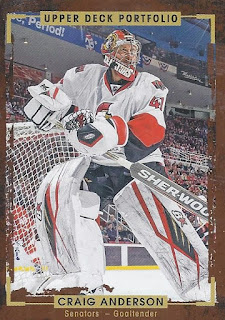 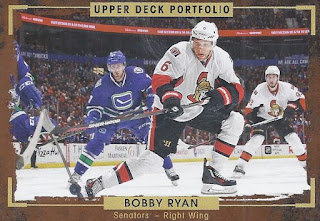 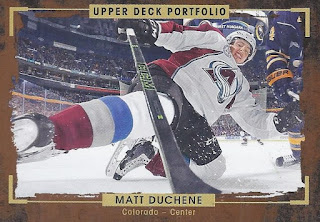 The low-angle shot makes a lot of appearances in this set. 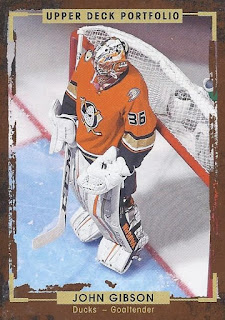 But they do mix it up. 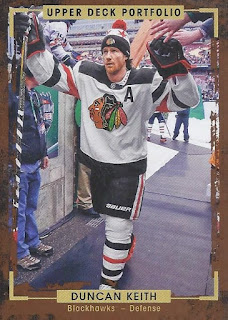 In this grouping of cards, this one might be my favourite of the photos. Outdoor game! Alternate jersey! Toque! There's also a Petr Mrazek from this set that I really want to get my hands on for my 2/14 collection, but this seller didn't have it. While I wish they had gone full bleed with the design, I understand if they opted to avoid it appearing too similar to the flagship design.

Still, they are nice cards.
Posted by buckstorecards at 08:32