Back to the COMC "To Be Posted" box, and my latest additions to my 2/14 binder, with people that have made at least one appearance prior to this. 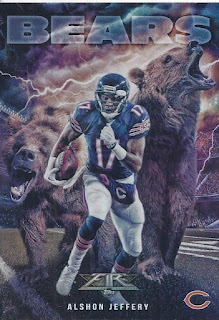 Football stars off this post, with this insert from 2015 Topps Fire. I pulled a John Elway from this insert set in my only pack (along with an Alshon parallel /199). I remarked that if you took away the Fire logo, this would look great as a poster. Changing from Broncos to Bears, and that's still true. 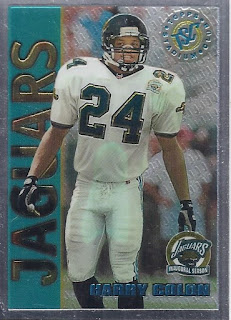 Easily the most juvenile name in my collection. This makes me the only person who would want a Harry Colon. 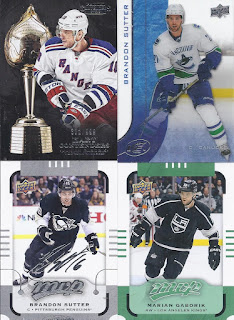 Like any good Canadian, the largest portion of the collection is devoted to hockey. Only 2 players saw their numbers increase. The base card of Sutter is an acetate base card. The bottom two cards are parallels from last year's MVP. Since Upper Deck did the e-pack thing with MVP this and last year, the cards are amazingly cheap at COMC. 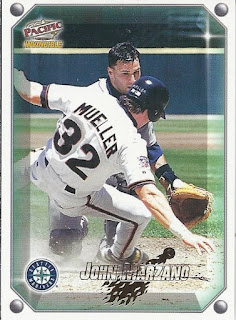 Baseball start with this great photo of the late John Marzano. A nice picture even if most of him is blocked by Bill Mueller. And the fact he doesn't appear to have the ball in his glove to make the tag. 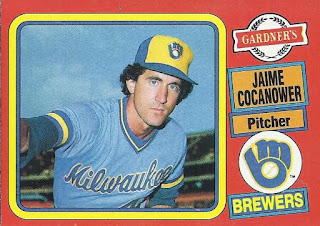 Back-to-back posts with Jaime Cocanower featured. This is from a local set, and as best as I can tell Gardner's is a bakery in Madison, WI. 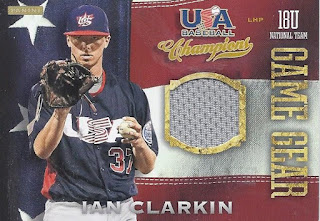 The only hit for this post is this swatch from Yankees prospect Ian Clarkin. I've got a couple of his autographs in the binder - so it was time to welcome this relic. 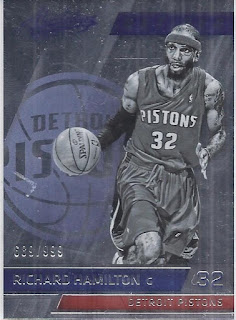 There are no players currently active in the NBA with 2/14 birthdays. But, if the retired portion of sets include a Richard Hamilton or Gheorghe Muresan each year, I'll at least have one card to chase each year. 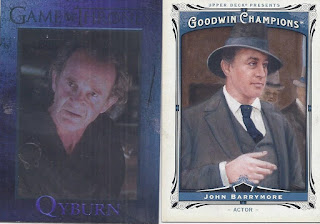 All 5 portions of the binder will get additions in this post, as these two are bound for my misc. folder. John Barrymore is the subject of my oldest card in the collection, and since that was a cigarette card from the 30s, it isn't in the binder but in a top loader. So, this becomes his first card in the binder. Anton Lesser, the actor behind Qyburn, is also a 2/14 baby. 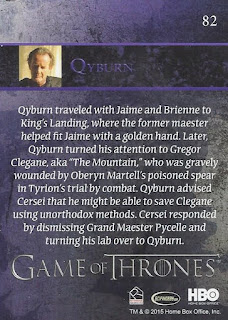 Reading the back makes feel like Lisa Simpson learning about the Yahoo Serious Festival.
Posted by buckstorecards at 08:46