Sure, there's already been a game played, but NFL season really doesn't start for me until the first Bills game as they start their way to their 16th straight season without the playoffs. This time, I'm reaching into the archives, and one of those repacks from Target I still had sitting around from before their closure a year and a half ago. (I think I still have 7 to go!) This is one of those 75 card football hanger repacks with just a random assortment of cards split over two windows. One half today - the other tomorrow. 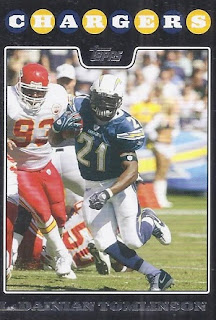 2008 Topps Factory Set All-Star Inserts - LaDainian Tomlinson - One of the reasons I opted for this one is so I could find out which set this visible card came from. Getting the card # and a trip to COMC answered this question.
2012 Leaf Draft Blue - TY Hilton 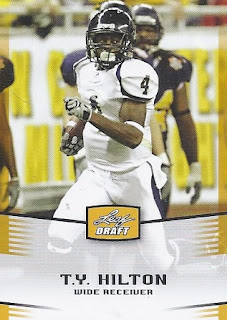 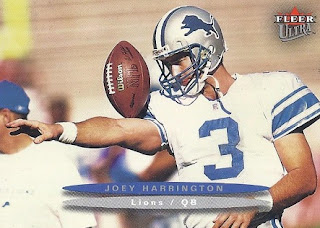 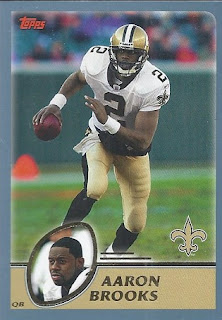 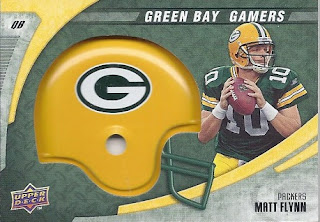 2008 Upper Deck Green Bay Gamers - Matt Flynn - These repacks at the time had at least one of those. I got a Donald Driver in a previous repack, and still have one in a second 75 card repack sitting in my "to-be-posted" pile. 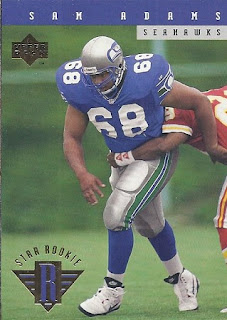 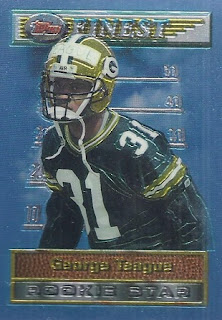 1994 Finest - George Teague - Even a base card from a mid-range set is always welcome in these.
1990 Stars & Stripes - Dalton Hilliard 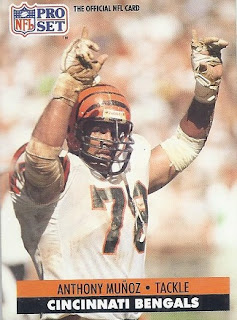 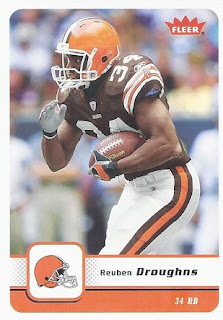 2006 Fleer - Reuben Droughns - Since I'm keeping the Harrington on the strength of the photo, this one gets set aside for a Ducks alum collector.
1992 Bowman - Danny Copeland 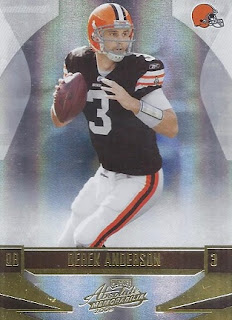 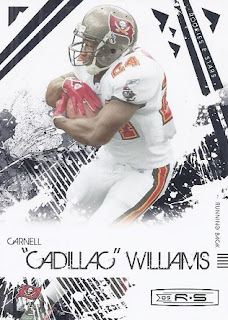 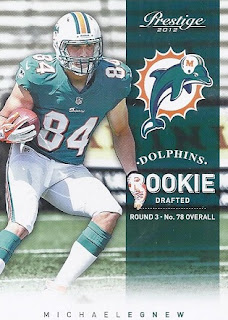 2012 Prestige - Michael Egnew - When Egnew didn't make the team, he really became the bane of group breakers, since he showed up in seemingly every product. 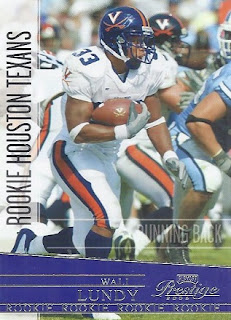 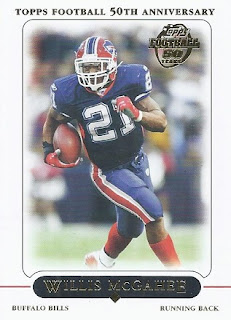 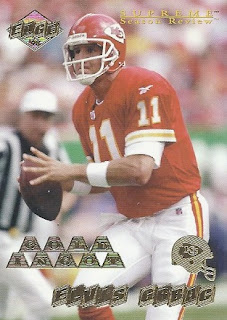 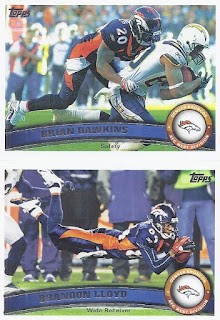 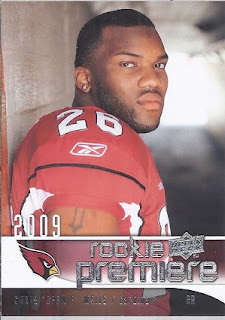 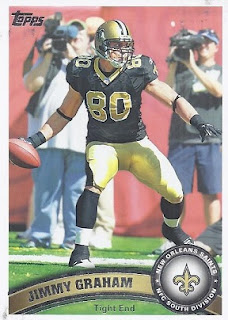 Some interesting photos. Some oddball cards. A fun start for a 5 dollar price tag. And more to come!
Posted by buckstorecards at 12:45