As with last year, I really lacked any overly patriotic cards in my "to be posted" box, so I'll do the same as last year and post some of the cards on their way to the Raptors binder. 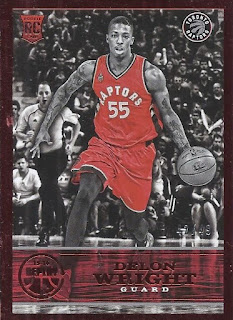 A nice red card starts this off. But, Replay? Oh boy. This was a buyback product, with a rookie card or two included. You also got two autographed cards in magnetics. The big chase cards were some Stephen Curry, but mostly, you were getting Shelvin Mack and James Jones. At an original SRP of $230. Ouch. 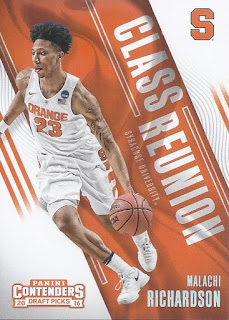 Technically, not a Raptors card. Malachi Richardson came to Toronto in the deal that sent Bruno Caboclo to Sacramento. I don't think he saw any action outside of with the 905, but this still counts as a Raptors card. 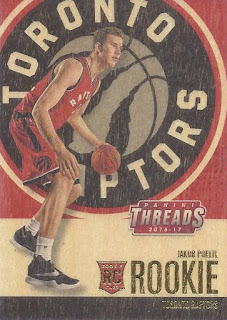 The Wood Rookies are sorta chase-ish cards from Threads. Might as well add a cheap one to the ol' PC. 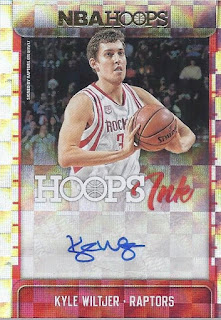 Finally, a card I'd been looking for since the first release of the season. While Kyle Wiltjer signed with the Raptors in the off-season, he wasn't really in their plans and would likely have spent most of his time in the G-League. He signed overseas, and never played a regular season minute for the Raptors. So, that's a zero-year card. And it still counts.

And the Raptors just re-signed Fred VanVleet! Hopefully, that means he will finally get a base card with the team.
Posted by buckstorecards at 08:14