The Mets are in town, so I'm auto-posting for a day or so. Sounds perfect for a $3 Dollarama baseball hanger pack. As usual these contain 80 cards, split over a pair of 40-card 'sides'. 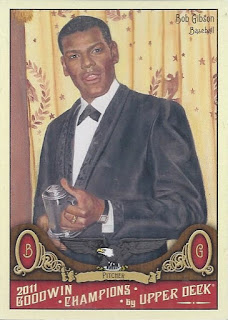 Visible card #1 is a super-stylish Bob Gibson. That made grabbing this repack and easy decision. But what goodies lurked behind it? 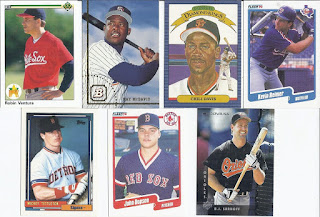 A Diamond King among the first cards of the repack? I've already got my money's worth in this! 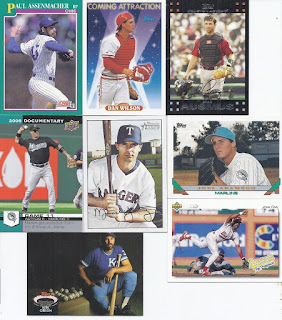 While I'm way too lazy to go back and check, this might be the first time I landed a trio of horizontal cards in a grouping of 8. That Gibson is a classic, and Upper Deck makes the Finn more interesting than any minor league card tends to be. 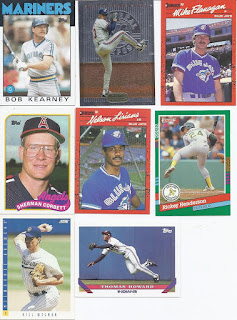 A pair of Jays1 An Expo! And Rickey Henderson's arse! Such is the randomness of repacks. 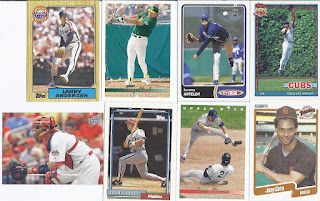 It isn't every baseball repack where I pull a card for a hockey binder but that Molina is bound for the mask binder. This group also gets major props for a Topps Total appearance, a turning two photo and a catch against the ivy. 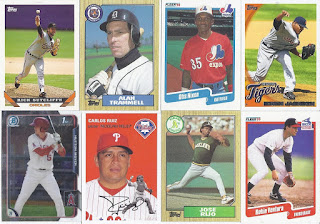 And it comes to and end rather blandly, but there's my second Robin Ventura card on this side. That's repack collation for you.

So, I guess there was interesting stuff lurking behind Gibson. The other side tomorrow!
Posted by buckstorecards at 05:32