Mailbag: Too Many Verlanders/Manninghams: Part 2 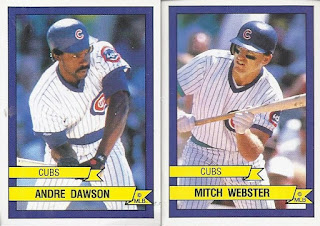 Most of the non 2/14 goodies in this envelope were of the set completer variety. It may have taken almost 30 years, but this sticks the knife into the 1989 Panini sticker album. 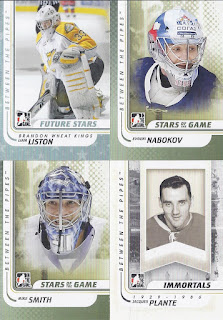 2010 Between the Pipes finishes up with these 4. 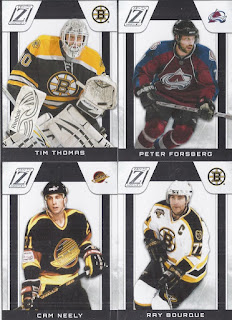 And the unnumbered portion of 2010 Zenith also gets a 4-pack to complete it.

Finally, 2014 Strata gets its final 3 cards with this group. 4 sets wrapped up! That's a perfect excuse to finally add this year's Stadium Club to the list in their place. 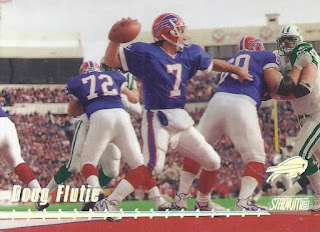 But the set builders weren't the only wants that disappeared, as this great Stadium Club card also fell from my Top 10 list. A beautiful view of the then-Rich Stadium from the end zone, and Flutie trying to work his way out of trouble. 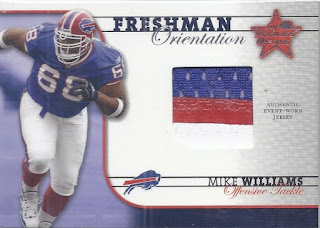 Mike Williams may have been one of the more infamous busts in Bills history after being the 4th overall pick, but this is still a nice 3 colour swatch. Back when OL guys got invited to the rookie premiere! 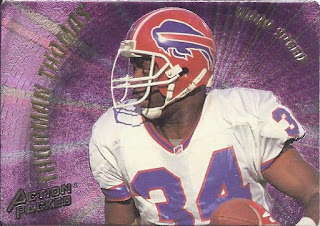 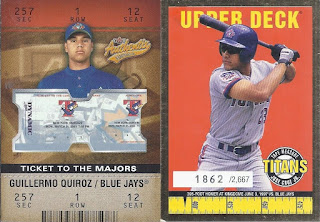 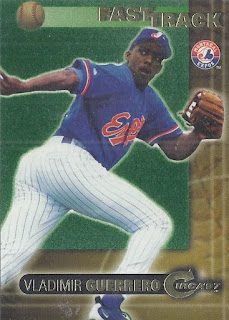 And finally, a nifty Vlad Guerrero Sr. card. The green background is felt, a material that really doesn't appear enough on cards.

There you have it! I'm caught up on the mailings! At least until the case break Mets out of Ginter and Optic arrive at some point.
Posted by buckstorecards at 13:37