The Condition was not Time Sensitive

Thankfully, as I've been lax on posting this package that arrived from the land where green is the colour, and football is the game - Saskatchewan and Condition Sensitive. 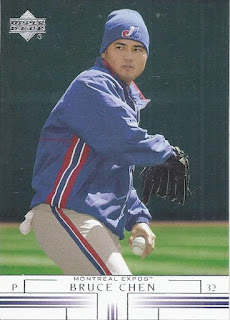 A random Expos to start off this post? Why not? Bruce Chen may have only played 15 games out of the many stops in his career for the Expos, but he still got a few cards out of this. And here's a rather chilly looking one. 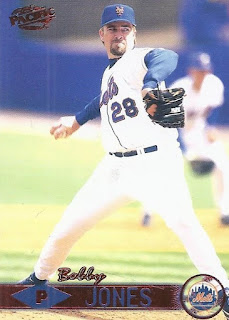 And a random Mets card as well.

Diamond Kings might be the one set from Panini where I really don't really notice the lack of licensing. 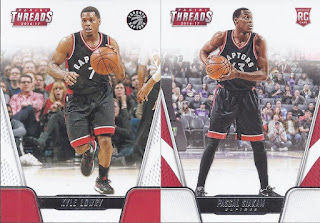 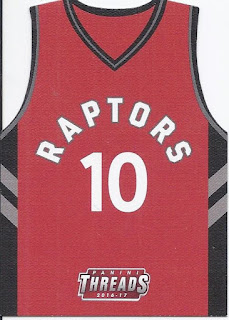 Some Raptors out of 16-17 Threads. The die-cut jersey cards that have made appearances in several sets might be the best idea for a card that doesn't include a photo of the player. 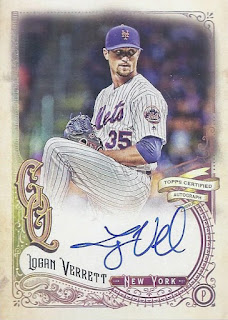 Let's end it with an autograph. Logan Verrett. He's now playing in Korea, but I didn't have an autograph of his prior to the envelope showing up, so I'm still happy to welcome it to my Mets hit binder.

Thanks for the cards. I'll keep putting aside Kings, Bruins, Redskins and Rockies I come across for future mailings!

Posted by buckstorecards at 14:27