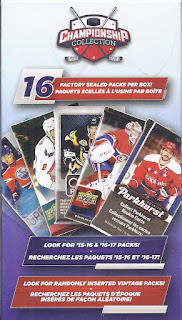 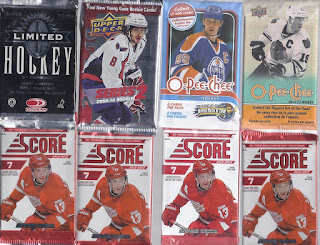 And these are the packs. Donruss Limited 1997? That's going to be a fun pack break, since I've never busted any of that. The rest are fairly standard repack stuff. 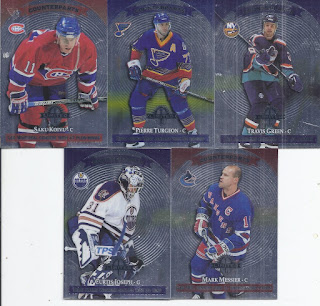 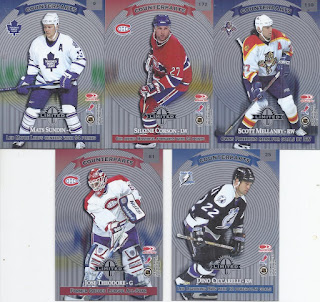 5 cards! 10 players! That's a fairly efficient pack in terms of content. I'm not sure if there's any connection between the players on the cards (Mellanby/Green?), but it was still an interesting little break of a 20+ year old product.

And now we jump all the way up to 2009 for the second pack. Not just one insert, but two of them! And Boris Valabik, who is both a Kitchener Rangers alum and a 2/14 baby. 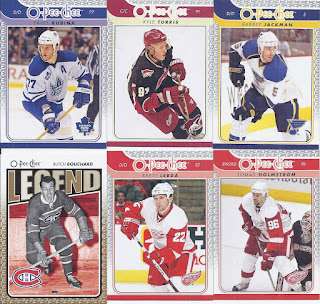 At 6 cards per pack, the OPC stuff is just perfect for scanning. 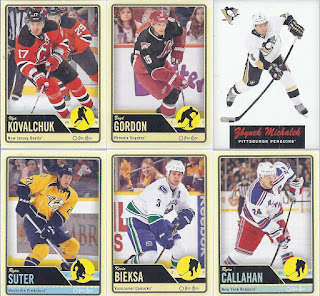 Just perfect. 2009 easily defeats 2012 in both design and content. Blackand white photos are so great when they appear on modern cards, 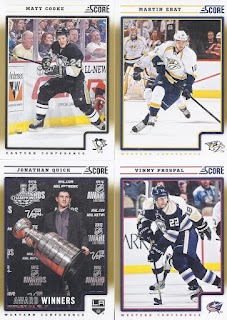 I'm not scanning the entire contents of the 4 packs of 12-13 Score, but here were the 1-per-pack gold parallels. Can't complain about an appearance of Stanley! 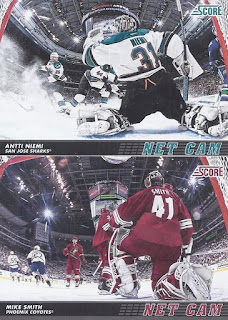 And if I'm going to get some inserts, they might as well be Net Cam inserts.

8 packs down, another 8 to go. There's more variety tomorrow with 8 different sets making an appearance.
Posted by buckstorecards at 14:53