Time to wrap up the recent envelope barrage with an envelope from Night Owl. Lots of PCs hit in this one. 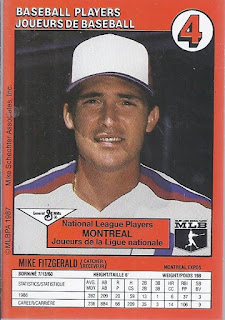 There was only one Expos item in the envelope, and it was an interesting one. While this appears to be a single card of Mike Fitzgerald, this is more of a pamphlet, and it folds out to show off 5 more pages, with one on each side. 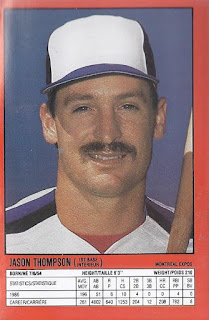 Jason Thompson was easily the most obscure Expo in the group of 10, having wrapped up his career with a handful of games with the Expos. He did get a couple cards out of the deal, with 1986 Fleer Update being the most mainstream. 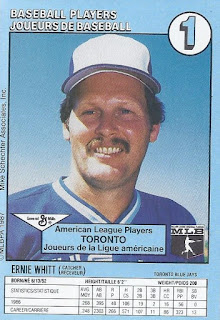 Here's the Jays one. There's also a Mets one that just joined my COMC inventory. 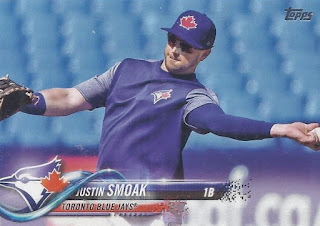 I never would have realized this was a short-print variation if the note SP wasn't attached to it. Using COMC as a guide, this a warm-up shirt variation. I'm not really up to looking for what other garments also got this treatment. 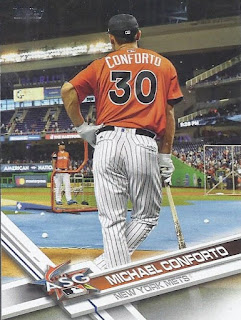 A Mets photo that is nice enough that it could conceivably be a short-print, but it is just a base card. Conforto did get a variation, but it was just a generic batting photo. 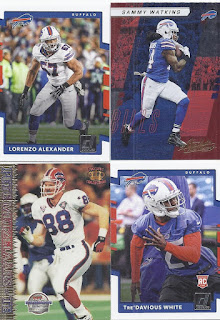 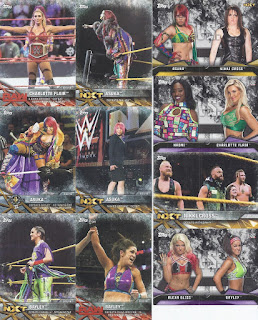 Wrapping it up, here's a bunch of stuff from the 2017 WWE Women's Division release. I think I busted one rack pack of it, so I'm happy to add some more Bayley and some more Asuka to the collection.

And there you have it!
Posted by buckstorecards at 12:07