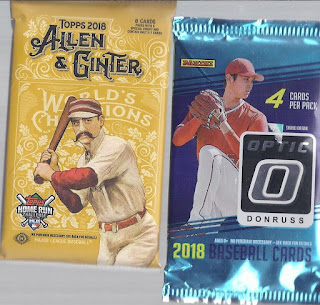 While I wait for a whole pile of Mets to show up later this week, here are a couple packs from the new releases. 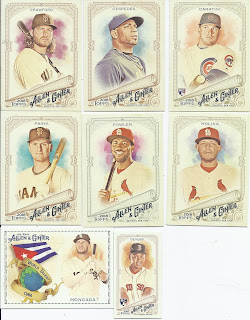 All baseball in the Ginter pack, albeit not with a large variety of teams. I do like the World Talent insert set, if for no other reason that it might be where the only Blue Jays card of Gift Ngoepe can be found. It was 2009 that had the National Pride insert set, so it is about time there was another patriotic insert set. 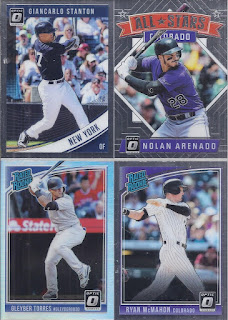 Perhaps I should not have complained about the lack of variety in Ginter. At least more than 2 teams appeared. Did I just send a small envelope off to Condition Sensitive a couple days before I busted this Rockies hot pack? Naturally. The #gleybergood is a shiny SP variation, so there's that.

But that's two packs worth. Now to watch my mailbox! And post some of the 2/14 COMC stuff I've been waiting on in the meantime...
Posted by buckstorecards at 12:57