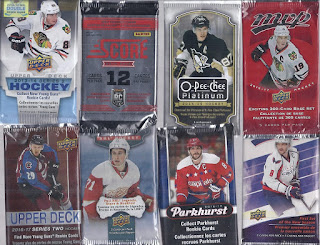 Time to bring this home with these 8 packs. 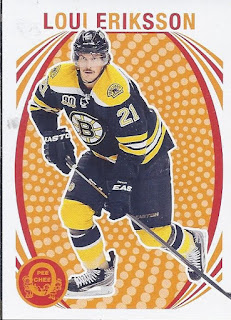 A retro update parallel highlighted the 13-14 UD pack. These may be the most garish design of these parallels in recent memory. 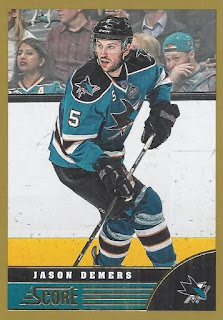 A gold parallel was about all that was notable about the Score pack. At least it was a need for my "I swear, I'm not building this parallel set set build". 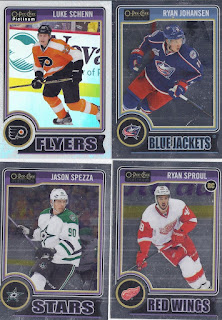 Shininess in the platinum pack! That's not just your regular ol' rainbow parallel. That's the White Ice /199 version instead. And I get to use the Spezza tag again! 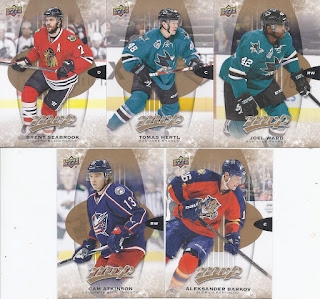 The MVP pack was so blah, I couldn't pick a most interesting card. So I'm scanning everything. 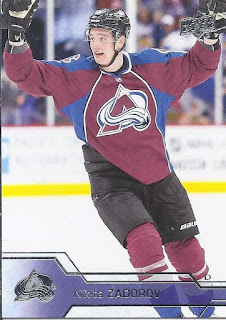 At least the all-base UD pack had a sorta-celebratory Zadorov. 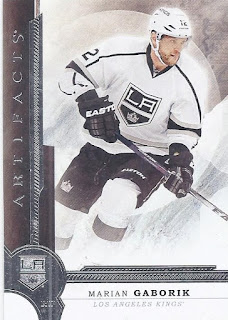 New 2/14 card. I'm genuinely surprised I didn't already have this 2/14 card in my collection. 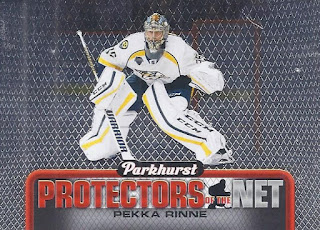 Cool insert in the Parkhurst pack! 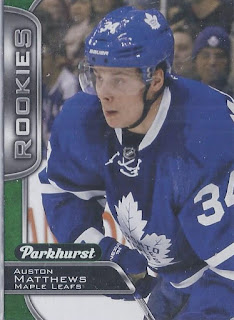 But an even better base card. While this isn't as great as the Young Guns card I pulled from a cubed pack, this is still my second Auston Matthews rookie card I've got from a Walmart repack. 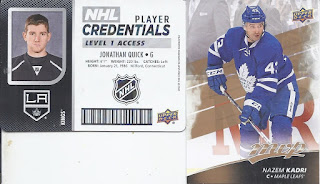 Those Player Credential cards are absurdly cheap at COMC thanks to their availability in e-pack form. But they're still nice addition to my misc. binders. And there's a Rangers alumni as well.

That's a pretty solid ending to the packs. Mailbag stuff next time!
Posted by buckstorecards at 08:14