With the repacks out of the way, it is now time to catch up on the bubble envelopes that have arrived as of late. First up, payback for an envelope of Twins, Wild and Golden Gophers sent in HSaCA's direction. 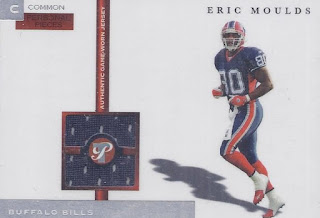 There was only one Bills card in the binder, but this swatch from Eric Moulds will be on its way to the hits portion of my Bills collection. 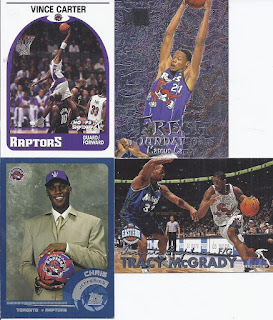 Here's some Raptors stuff as well. That Vince Carter is one I'd sorta been thinking of putting into my COMC inventory for a bit. It nicely combines a great photo, and a nice throwback design for a team that wasn't around at the time Hoops released its first set. 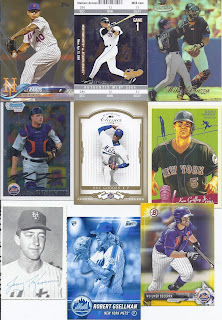 It will be Mets the rest of the way home. This is a fun grouping containing a vintage card, a really shiny card and a couple numbered parallels (Gooden and Ramos). 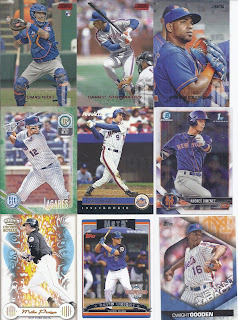 I did fairly well with my Stadium Club breaks for getting Mets parallels, but there's three I didn't pull. I'm keeping all the SC stuff from this year, regardless of team, in one binder, so they'll be on the way there. 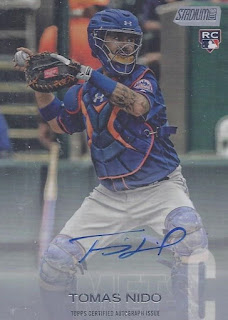 As will this. Nido's shown up in a few sets of late, but this is my first hit of his. He got to see some action earlier this year as the Mets catching staff got hammered with injuries. 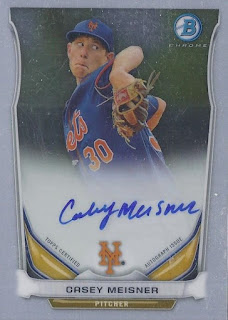 A second Mets auto was in the package as well. Casey never played for the Mets. He was sent to Oakland in the trade that brought Tyler Clippard to the Mets. 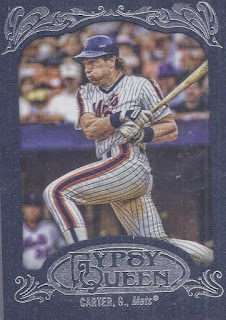 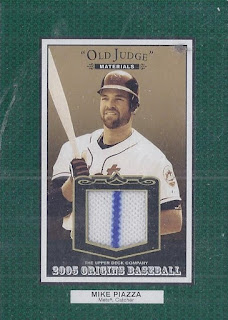 And it ends with a Piazza pinstripe. Almost perfectly centered as well.

Thanks for all these goodies! I don't have too much yet to hit you back with, but I assume that will change over the next while.