Time for this to draw to a close. 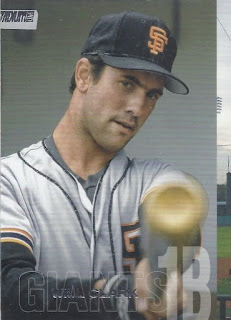 And of course, the issues with the previous box continue into this one. Since why not? 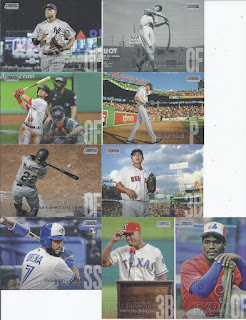 But there were still a lot of memorable base cards in the box. It really looks like the Red Sox won the team battle for photo quality in the set. The Williams is the only one so far that contends with the Ichiro for my favourite photo in it. The Lin also looks just as spectacular with the full photo. After no Jays cards in the last box, at least I landed one here. 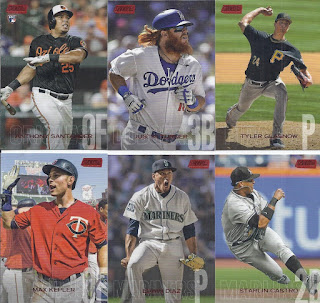 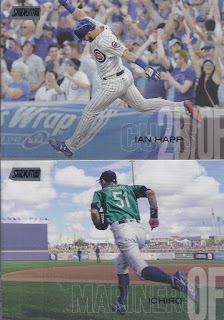 Black parallels, with two of my favourite photos making appearances in parallel form. 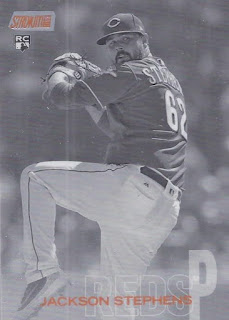 And my only black & white/orange parallel of the breaks. These fall 1:48 packs, so that's just right. 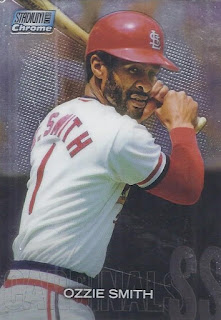 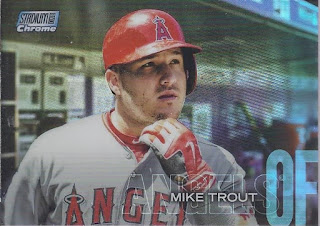 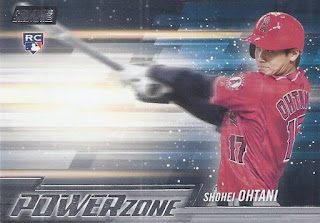 I didn't plan to scan any of the inserts after the first box, but this was my only appearance of an Ohtani in of the boxes. It is one of about 45 cards still needed for the base set. I'll probably get up the wantlist sometime next week. 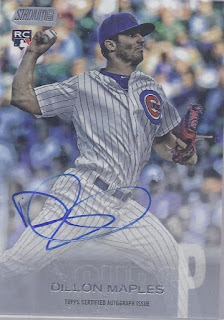 With a last name like Maples, why isn't this guy in the Jays system? This was my only vertical autograph. 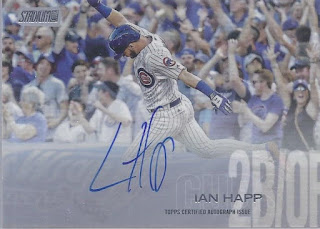 Cubs box! How to make this card even better? Add some ink to it! The shading is almost perfect here as well, starting just above the wall.

And there you have a bunch of great photography, inserts, and autos. The best thing about it is that most of the mis-cut cards were dupes, and if you're gonna pull a bunch of dupes, let them be like that.

Up next, Canada Day Raptors.
Posted by buckstorecards at 10:33