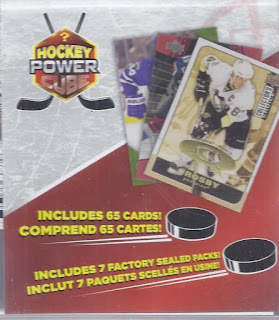 The last one of these yielded a Young Guns of Auston Matthews in the packs.
While I didn't expect any of that this time around, these are always worthy of a shot. At least the cube will be re-used in good health.

The 65 random cards in the Auston cube didn't have a lot of variety to them. Only 3 sets were represented - 1990 Bowman, 2012 Score and 2008 Victory. While those did show up in this group, there was far more variety this time. I'll list the sets that appear, and just highlight the best card or cards in that group. 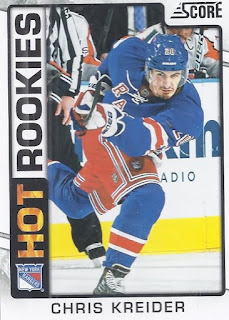 7 2012 Score - A Chris Kreider Hot Rookies was a legitimate contender for the best card in that group of 65. Here, it is just an average entry. 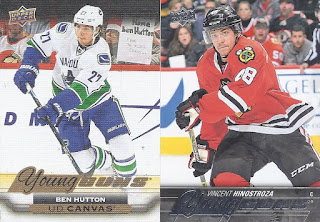 5 2015 UD S2 - A Young Guns card and a Canvas Young Gun? This is already better than the last one for the misc. cards. While the photos on Canvas YGs tend to be a little blah, this one is interesting because of that welcome home sign at rinkside. This was from a Sens home game, and  Ben is from nearby Brockville. 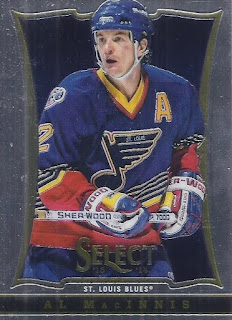 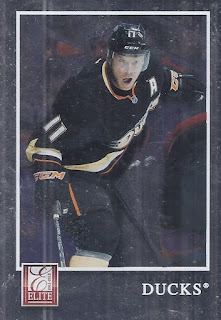 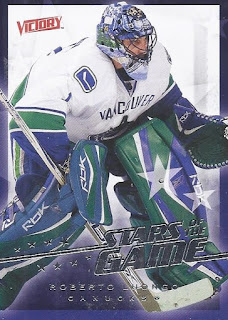 12 2008 Victory - An insert for the mask binder highlights this grouping. 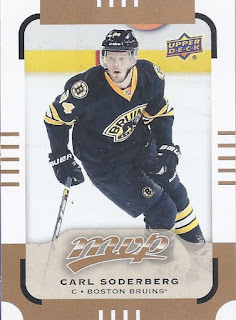 10 2015 MVP - Even duller than the Elite.  I guess the alternate Bruins uniform gets the highlight here. 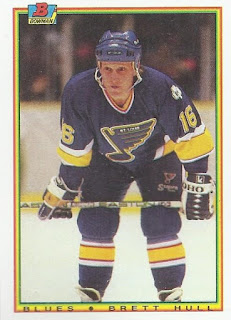 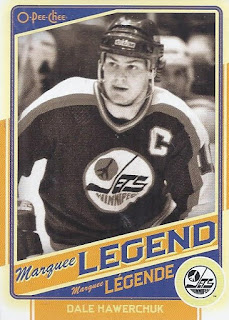 3 2012 OPC - A short printed card of a Marquee Legend! Or Marquee Légende!

3 2013 Prizm Red Pulsar Parallels - These were unexpected, especially with one of them being a rookie. 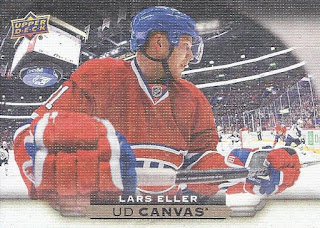 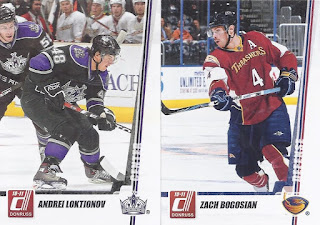 4 2010 Donruss - This ends the random 65. Pretty random too with a player I'd never heard of, and a jersey I thought that I'd completely forgotten. 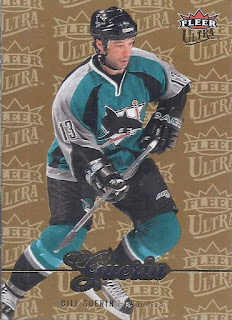 The Ultra pack reminded me that Bill Guerin did spend enough time with the Sharks to at least be pictured on a couple cards with them. 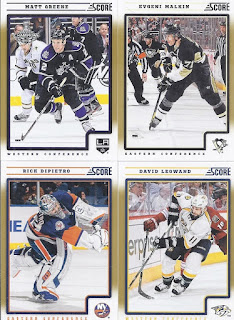 The Scores landed me the expected four gold parallels. 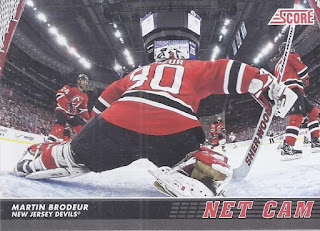 And a Net Cam insert. Unfortunately, a dupe for me, but that's fortunate for a future outgoing mail recipient. 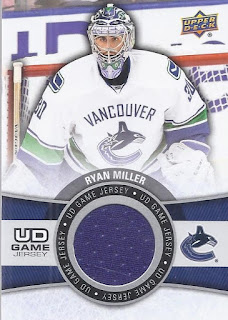 No Connor YG in the pack of Series 1, but I did get a relic. And this relic of Chrissy Teigen's favourite netminder will end up in the hits portion of the mask collection. 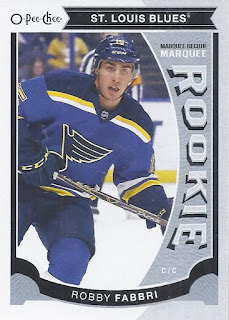 An OPC insert in the second pack. That means no Eichel YG either.

But this was still just fine for the repack experience, and easily more consistent than the previous cube.
Posted by buckstorecards at 12:32