Whether it was from my COMC box, or in-person pick-ups, I've got a nice collection of Bills cards to show off. 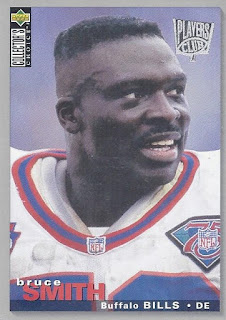 Bruce Smith is always a good way to start off a post, and it is nicer when it is an appearanceof Collector's Choice, and that's enhanced even more with it being a Players Club parallel. 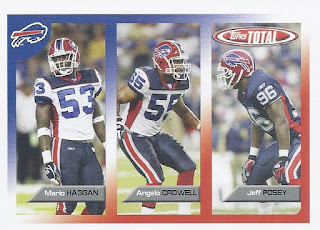 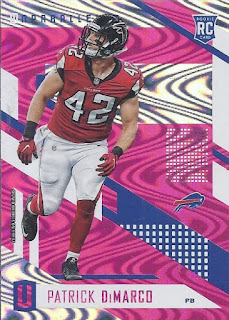 Patrick DiMarco didn't get an actual card where he's pictured as a Bill, but the logo is there, and that's close enough. This obnoxiously gaudy card is from Unparalleled. Since this seems to be his cardboard debut, this is listed as his rookie card by Panini. 2017 was his 6th season in the league. 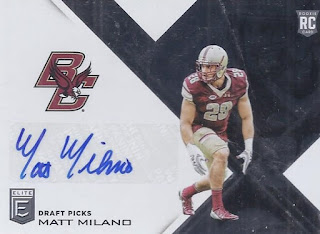 At least this card is from the guy's rookie season. Yao Yihno...Matt Milano had a fumble land right in his hands last season for a touchdown. 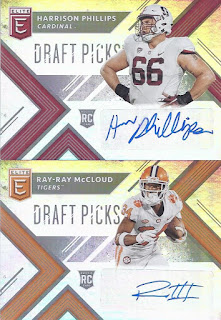 Here are some more draft pick cards, fast forwarding to this season. Harrison was a third round pick, while Ray-Ray went to the Bills-Bills in the 6th round. 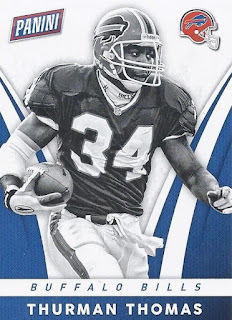 I have been sending a lot of cards from Panini's Boxing Day releases to my trade partners. It is only fitting that I kept a couple for myself. This was one. 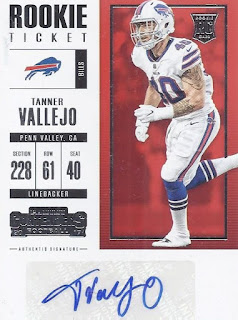 There's still room for Bills cards from last year's releases. I usually grab the cheapest one, and in a rarity, the NFL level auto was cheaper than his NCAA cards. 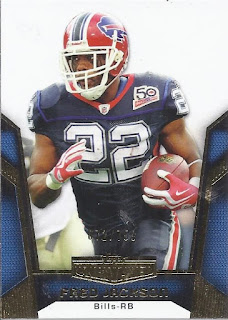 Numbered Freddie! He was the highlight on some really questionable Bills teams, and even picked up a 1000-yard rushing season in 2009. He also picked 1000 yards on kick returns that year, becoming the first NFLer ever to make that 1K combination. Not bad for an undrafted player. 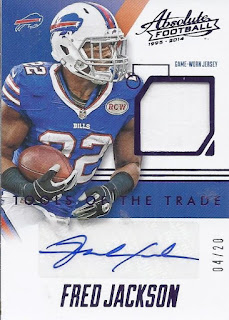 And that deserves some material for my Bills hit binder. And some ink! This card is number /20 (4/20! HYUK!) because it is a 20th anniversary (of Absolute) parallel. 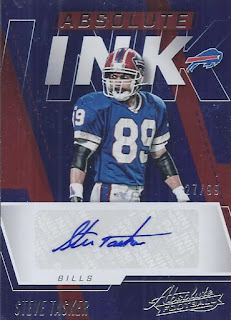 It is a close tie between this autograph and Jackson's as to which was my favourite new one for the binder, mainly because they both didn't have too many certified autographs available. Steve was a Special Teams beast for the Bills during the early 90s.

And that's a whole bunch of Bills cards.