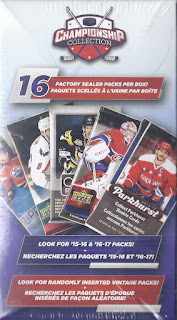 9 different years in the break. Looks like fun! I'll start with the 4 sets I got two packs each from, then hit the singles next time. I like attacking these chronologically, so I'll start with 1999.

I'll lead the way with this trio of cards for a very specific reason. In both of the packs, they were the exact same final 3 cards. I definitely could have done worst than with a card of a Hall of Famer, a certain 2018 inductee, and 2/14 binder perfect match Viktor Kozlov. This is my 48th card of his. 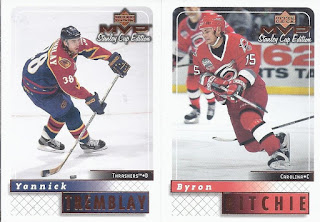 The interesting thing about going back to 1999 is getting cards of players I barely /don't remember, such as these two. 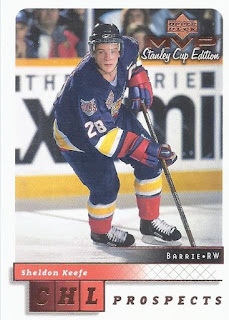 Sheldon Keefe is another player that falls in that category, but I'll keep it separate to remind of a time where you could find CHL cards in the same pack as NHL ones. 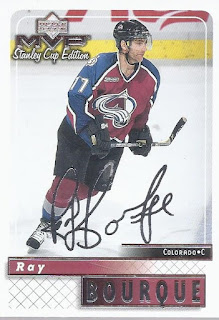 Silver Signature parallels fell at a rate of 1 every two packs. I lucked out nicely landing one, and one of a blueline legend. 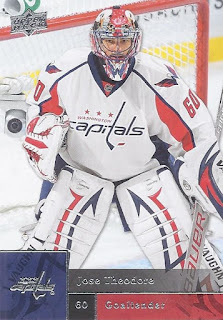 The base portion of the 2009 Upper Deck packs were fairly dull. The only notable base card for me was a Jose Theodore bound for my mask binder. 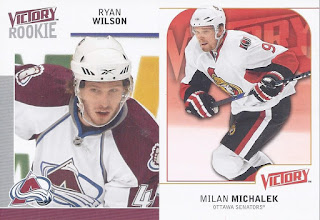 No Young Guns, but a couple Victory Update inserts came from the pack. While I'd be happy for a Sens card, the Michalek was a dupe. 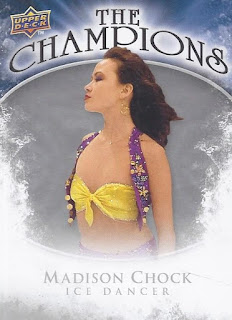 But I did land a card that allowed me to use the 'ladies' label on this. 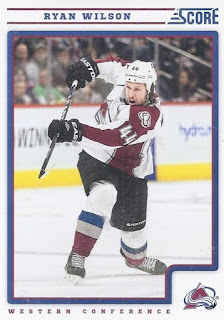 2012 Score was fairly blah as well, but it is the only time in recorded history that anybody will seriously use the term "Ryan Wilson hot repack". 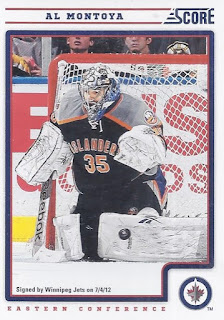 I'm fairly certain I've already sent this Al Montoya to Dennis @ Too Many Manninghams at some point. Therefore I'll keep this card featuring a kinda/sorta flashback to the fisherman logo. Although far more bad ass. 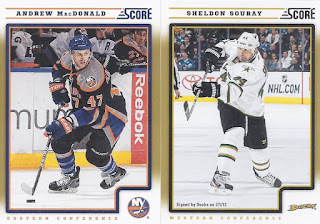 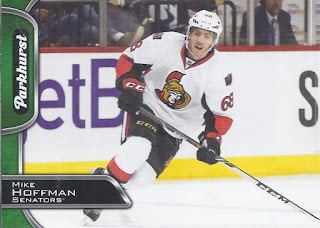 Parkhurst brought me the only Senators card I didn't have previously from this break. And for Hoffman, even if it wasn't a dupe, 6 games are still enough for me to call him a Rangers alum. 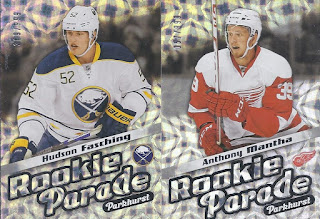 And shininess! The background makes it a little hard to tell, but both these gaudy cards are /999. Not a bad way to end this portion of the break. 8 more packs next time!

Posted by buckstorecards at 12:20