With Heritage/GQ being rather blah this year, and with Archives being a later release, I figured that this year was my best choice to build a mid-range set was Stadium Club. Let's dig in! 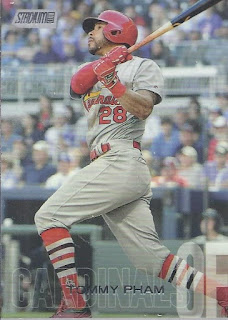 My first Stadium Club card is this Tommy Pham. The photo is pretty generic, but things will obviously improve. 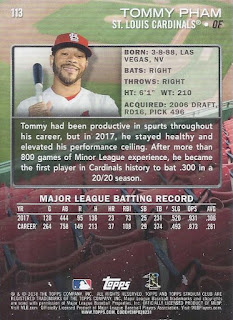 And the backs are typical of Stadium Club the past few seasons. The colours of the seats in the foreground change to match the team colour. 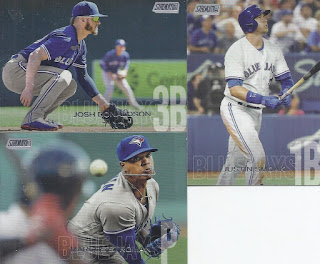 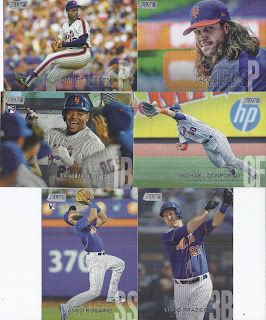 Mets content. You'll be seeing a couple of these photos later on. 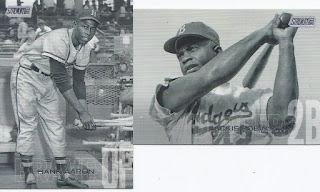 Only two black & white photos among the base cards (as opposed to the parallels). It's hard to put a Jackie Robinson photo in second place among the two, but Hank Aaron looking super young as a member of the Milwaukee Braves will do it. 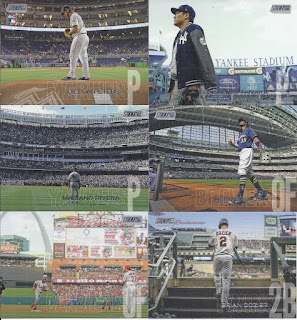 With a name like Stadium Club, you should expect some cards where the Stadium itself is the star. And boy do you get that. 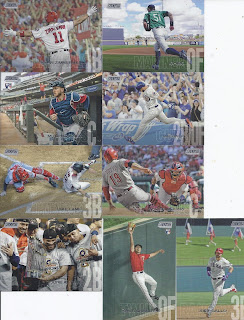 Just some more great miscellaneous photos to end the base portion. The Ichiro sunset might be my favourite card so far. 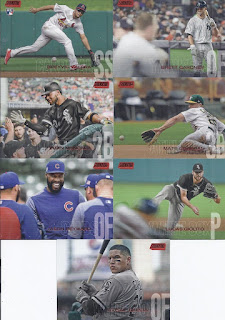 Red foil parallels are 1:3 packs, so getting 7 from 16 packs was a little bit of a above average moment. Them being all horizontal as well was sorta interesting in terms of collation. 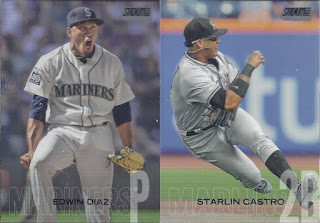 And both black foil parallels (1:8) were vertical. 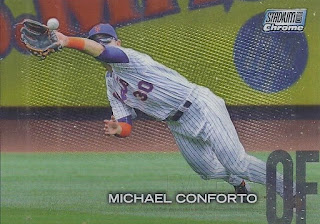 There's one chrome parallel per box (1:16), so I lucked out in this one with that being a Mets card. 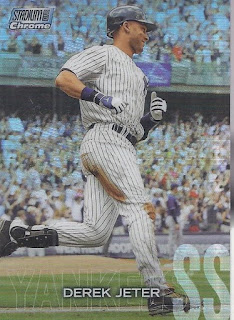 Rainbow foil are a little tougher - they're 1:145 packs. This is the only dupe so far that's made a quick move to my COMC pile. 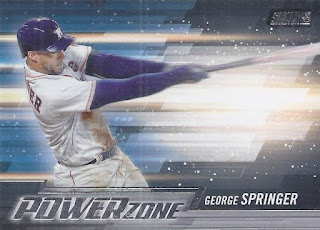 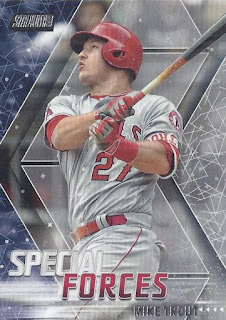 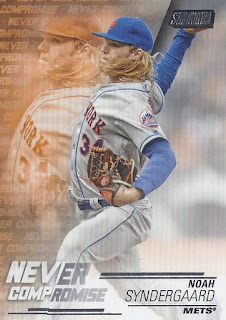 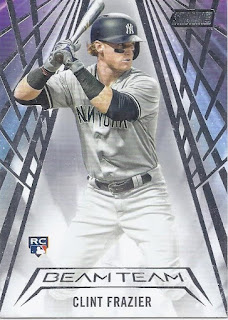 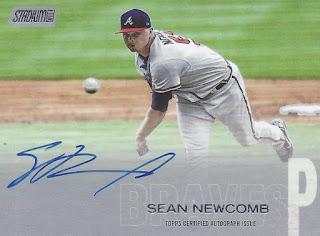 Ending with the autos. Sean's having a pretty good sophomore campaign so far. Nice, but... 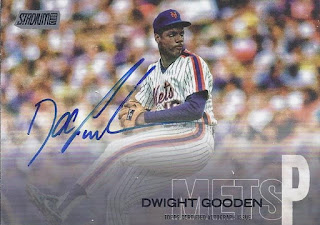 it really isn't as great as pulling a card for the PC. When I had some Panini points to play with, I was going back and forth between getting a Gooden or a Strawberry, eventually opting for the latter. I guess I made the right choice in retrospect, although both do have autos in the product and I still have to bust some boxes. Bonus - this is a black parallel and thus numbered /25.

The other boxes have some stiff competition with this opener!
Posted by buckstorecards at 12:31