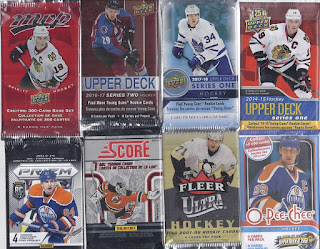 These 8 packs are the ones left. They'll be posted chronologically, as I usually do. Also, since all these packs have fewer than 9 cards, I'm scanning everything! 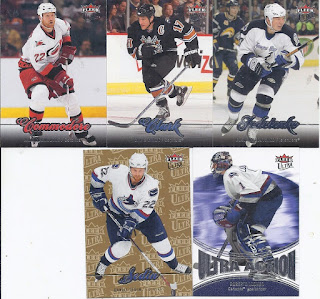 This pack heads all the way back to 2007, and it gives an oddly-named insert in the Luongo. That isn't what I'd call Ultra Action, or even any sort of action. But it does add a new card to the mask binder. 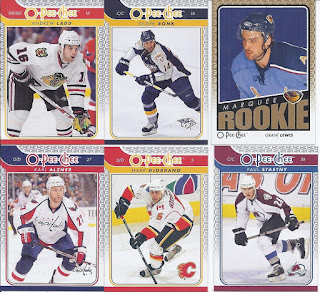 O-Pee-Chee does land me one of the short-printed rookie cards. I'd never heard of Grant Lewis before pulling this card, but that's likely because he played in one more NHL game than I. I was legitimately amazed that Radek Bonk still landed a card in a 2009 release. This was his last appearance in North American sets as an active player. 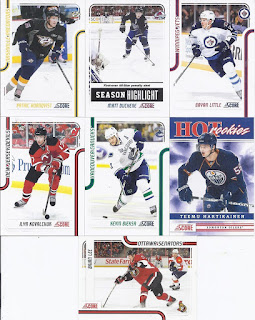 Sens content in the third pack. It's the glossy parallel too. And I doubt it will age as badly in the next 24 hours as that Hoffman I posted yesterday. 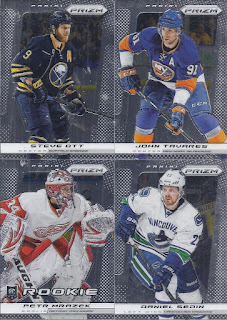 WOO-HOO! A Prizm rookie of a 2/14 baby with Mrazek. I was surprised to check my list and find out that it was a need. It is my 19th card of his. 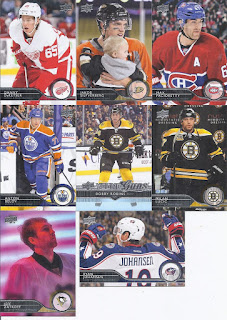 Hey! A Young Guns card! Alas, much like with Lewis, I hadn't heard of this player either, but he managed two more NHL games than Lewis, and hasn't played since 14-15. But he is a former Senators minor-leaguer, and made his NHL debut in his early 30s. Another former Senator, Jakob Silfverberg, wins the photo war with a great shot from an outdoor game. 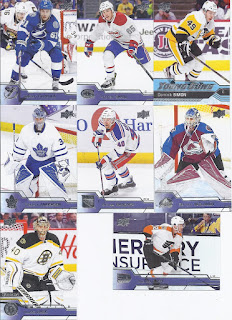 After going 0-for on the Young Guns in yesterday's packs, I'm 2-2 today. Simon has been back and forth between the Pens and the AHL, but that's still pretty good for a 5th rounder on a top team. 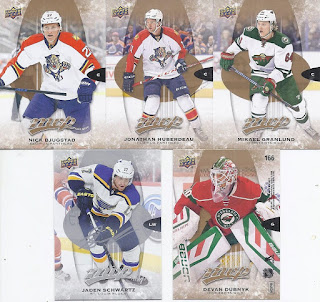 I got 2 parallels among the 5 in the MVP pack. Silver signature and a puzzle back. I guess that makes up for the lack of variety on the teams featured. 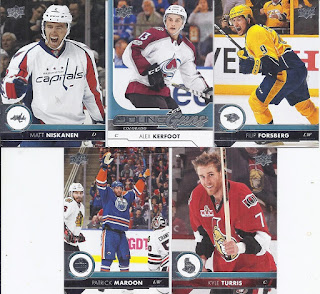 3-for-3 for Young Guns! WOO-HOO! Barring a return to the team, that's a pretty nice swan song photographically for Turris' time there.

And there you have another repack busted!
Posted by buckstorecards at 12:05