I always say I can figure out how much I'll like a set based on the first card I see from a pack/box. It is a good thing I didn't start with this box, because... 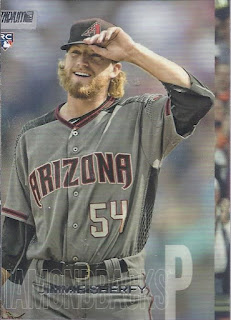 I'd usually blame this on my lax cropping skills. This one is all on Topps. In fact, the top 2 (sometimes 3) cards in all the packs were miscut. I contacted Topps, but since I have to send back both the cards, and the wrappers, the cost would be more than they're worth. So, a certain fan of miscut cards will be a happy camper. 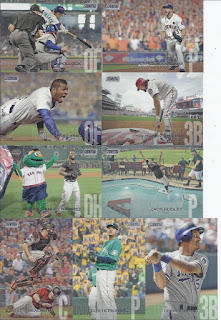 Even with that problem, there were still lots of greatness among the base cards. My fave in this group is easily the Godley, which joins the 1996 Upper Deck basketball's Wesley Person in terms of great photographs featuring a swimming pool. Both guys who played in Phoenix at the time too. 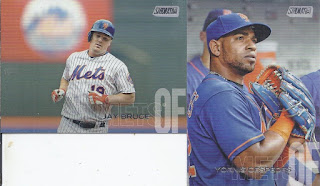 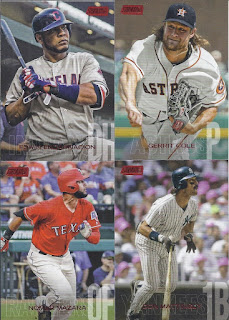 4 of the 6 red parallels. The other two were the Cespedes and King Felix cards shown earlier. 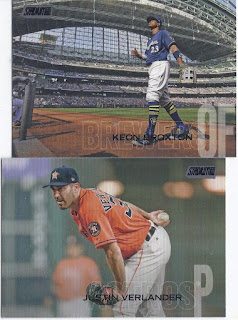 The two black parallels. That Broxton is gorgeous in parallel form as well. 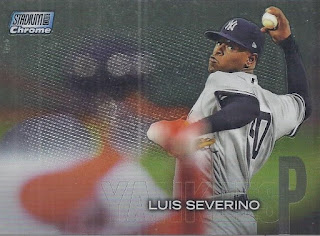 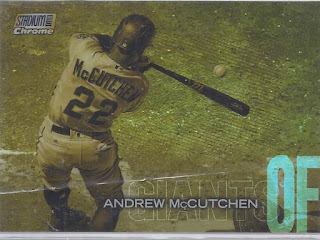 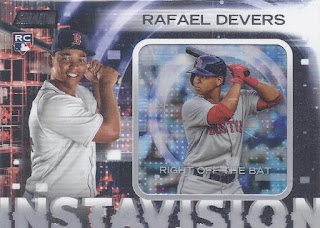 You know how the box said that packs with a special insert only contain 7 cards. There aren't relics in this set, so this here is the special insert. At 1:321 packs, these are even tougher pulls than the gold parallel. So, despite the miscut base cards, at least this redeemed itself with a couple cards that should put a dent in the box price. 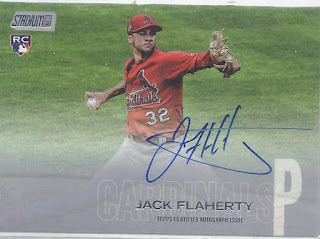 Jack Flaherty has been all over the early releases, so I wasn't too surprised to land one. I do like how the autograph space shades at the bottom so the grass portion of the original background pops. 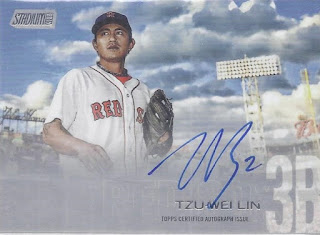 And the second auto also has some nice shading done to contrast the photo. This time, it is the stadium itself that is mostly hidden with the sky serving as the backdrop the photo. Unlike Flaherty, Lin has just started making his appearance in the autograph portions of releases.

And there you have it! More mis-cut fun tomorrow!
Posted by buckstorecards at 10:51