Any day is great for repacks. Why not this Tuesday? 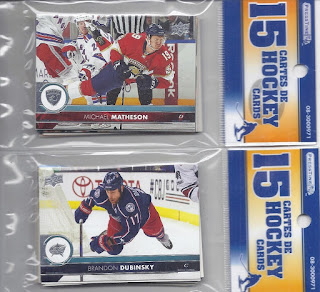 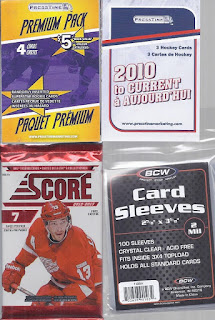 A whole bunch of hockey today. 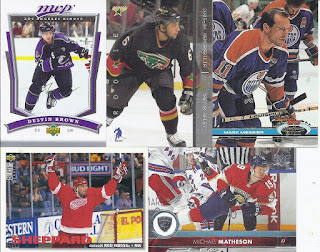 The first of the two hanger packs wasn't that interesting - especially since I got a pair of 1990 Bowmans and O-Pee-Chees. But it does get saved by a rookie card from 2003 of a player that's still around. Daley picked up a couple Stanley Cup rings in Pittsburgh and moved on to Detroit this past year. It is junk wax, but I really like that Messier as well. 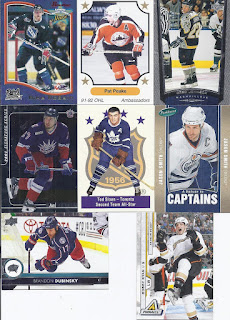 Lots more variety in the second group. A couple of cards in the middle with an old school feel to them highlight this one with the Sloan and the Smith. There's OHL cards, a future Senator and an alternate uniform to join them. 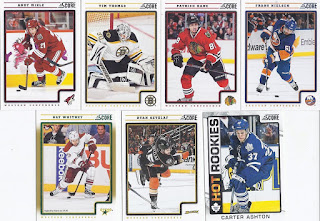 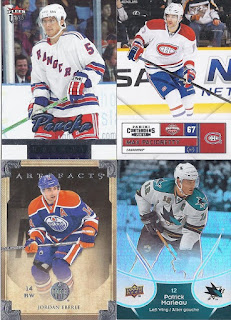 Was there $5 worth of value in the Premium pack? Likely not. But that Marleau is nice and shiny, and someone I know would like that Pacioretty, so it is still a plus for me. 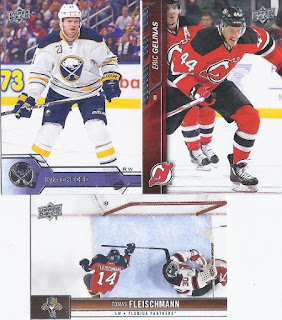 And your 2010s cards. 2012 may have been a pretty blah year for cards, due to the lack of rookies and the resulting reduction in releases, but there were still a few gems lurking in all of that.

And there you have it! Hopefully, my Stadium Club busting can get under way tomorrow!

Posted by buckstorecards at 11:08