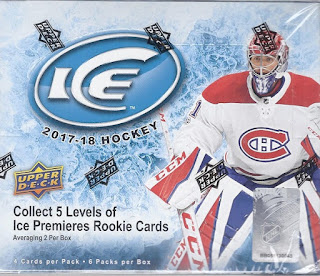 I decided to try out another box of 17-18 Ice. I didn't expect it to be as incredible as the box I busted at the Expo, which would have been a major challenge, it was still pretty good. 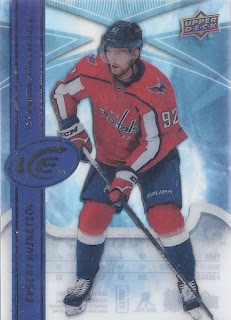 No Sens cards in the box, so the base card I'll show off this time is someone who will be getting himself a Stanley Cup ring in the near future.

Like the last box, I landed a trio of Ice Premieres cards in it. While there wasn't anything major like last time, at least there will be a couple of new faces in the masked binder. 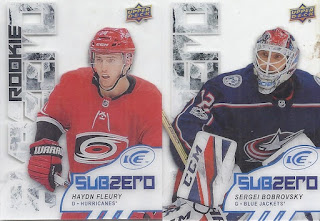 One pack contained both a Subzero card and an Ice Premieres card, which kinda threw off the insert count. 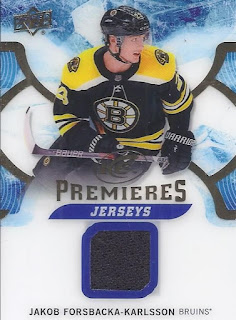 While both of the hits in my previous box were of the Exquisite variety, here they were both Ice. While it isn't the Bruins rookie you want, I'll still welcome a new relic from my pre-Sens favourite team. 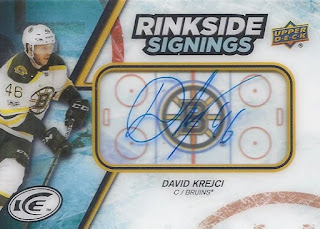 More Bruins love with the auto. The rink portion of the card is acetate, which looks beautiful when scanned, although I'll have to put some sort of white paper behind the card when I store it so the auto shows up nicely when I revisit it.

And there you have it.
Posted by buckstorecards at 08:01