A COMC package showing up always means a pile of new cards are on their way into my 2/14 collection. While there are some familiar faces in the most recent package, there's also a bunch of new names. Here they are: 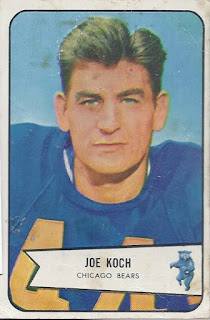 Vintage! That's always a great way to start a post, as we go all the way back to 1954 with this Bowman card. Joe Koch was a 4th round pick of the Bears, but never played in the NFL. And check out that old Bears logo! 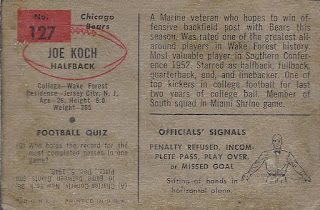 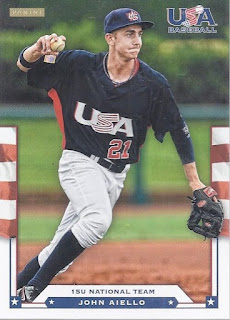 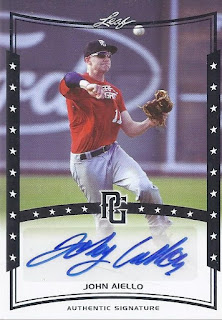 This isn't as patriotic, but since this one was released 2 years after the previous release, so I don't feel as creepy adding this card as I did with the previous card. As an interesting bonus factoid, Aiello is currently playing at Wake Forest, the same school that Joe Koch attended. 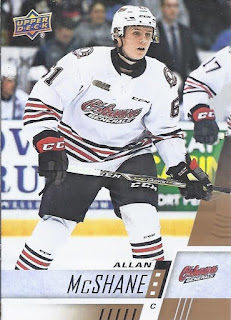 With Upper Deck releasing a CHL set this season, that means there's another possibility for 2/14 folks to show up. McShane is draft eligible this year, and projections have him going from the late first round through the third. 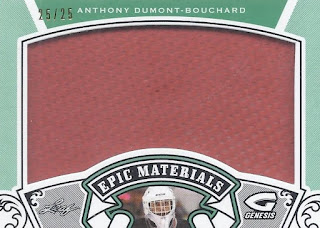 Dumont-Bouchard moved from the QMJHL to the OHL this season, and had a cup of coffee with the Kitchener Rangers. He was performing pretty well before the injury bug bit him. This jersey is from his QMJHL days, and comes from a Drummondville Voltigeurs jersey.

Last, but definitely not least... 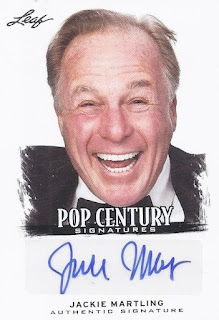 I never thought I'd be hunting down an autographed card of Jackie "The Jokeman" Martling. But here I am. I better end this post now before I have the overwhelming urge to shill some CDs or call 516-922-WINE.


Posted by buckstorecards at 05:01