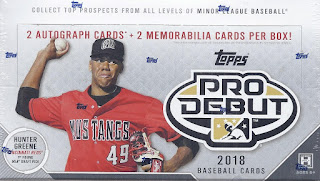 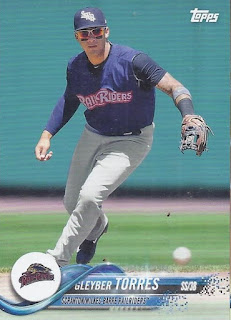 After busting the pack of this last weekend, I'm not going be repeating stuff from that. So, the only true base design I'm going to show off is this photo variation of Gleyber Torres, which come in at a rate of 1:100 packs. 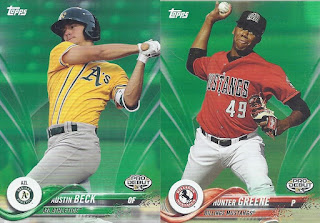 Both of my green /100 parallels were of pretty good players, with both going in the top 10 of the draft. I didn't even realize the Beck was a parallel until I started collating the set, due to the green matching with the A's team colours. 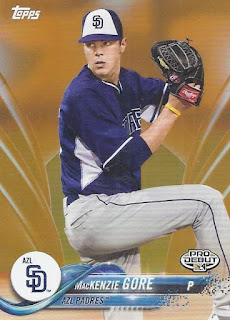 And another top 10 pick on this /25 parallel. I really killed it with this portion of the break getting numbered cards of half of the top 6 2017 draft picks. 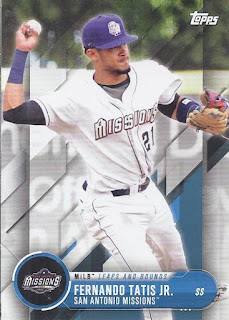 Leaps & Bounds seems to be this set's insert set designed for the sole purpose of making more cards of the big prospects. 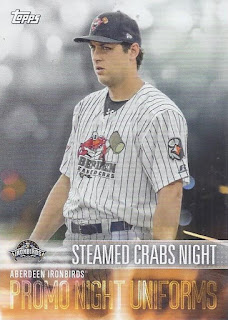 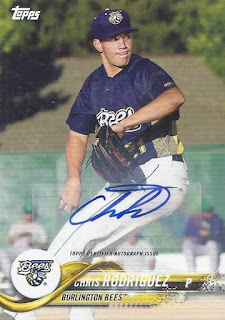 Here's the first of the two autos. Chris was a 4th round pick of the Angels, but has yet to see any action this season due to injury. 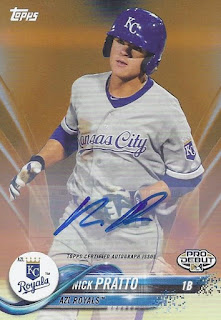 The first rounders make their return on the second autograph, with an orange parallel of Nick Pratto. 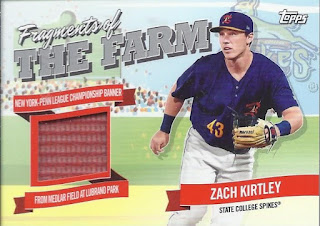 This might be one of the few sets where the relics are more interesting than the autographs. Would you rather have a piece of a championship banner or a plain white swatch? My only complaint is the card doesn't include a photo of the banner itself. The Spikes are a Cardinals affiliate, so this will likely be jetting its way to Kerry @ cards on Cards. 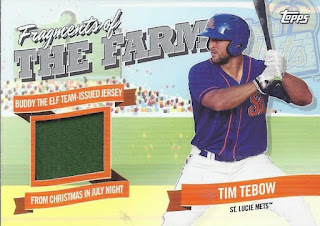 It wouldn't have been a hard to do so here. Tim Tebow did sport the Buddy the Elf jersey for a game, and there are several photos of him wearing it. So, why just a generic photo? But, this is my first Tebow hit. So at least there's that.

And there you have it! Back to the mailbag tomorrow!
Posted by buckstorecards at 08:01