The latest COMC box contained a lot of newness for the 2/14 folder. I've already covered all the new faces on their way in, now it is time for some familiar names on their way to the baseball collection. 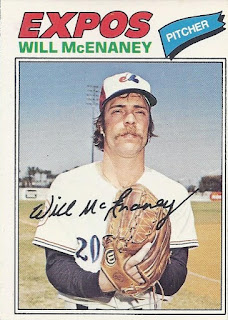 Expos content is always a nice way to start off any post. Will was traded to the Expos in the 76-77 off-season, and while he remained on the Reds in his 1977 Topps release, OPC was able to get him as an Expo. Will moves into double digits with his 10th card. 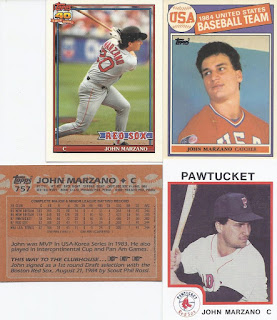 Earlier this year, I learned that the member of the collection with the most baseball cards, Derek Norris, had picked up the domestic violence special last year. So, I had to replace him in the lead. These 4 Marzanos put him in the lead, 35 to 34. The top 2 are Tiffany parallels, and the 1988 card is a blank front card, hence the scan of the back. 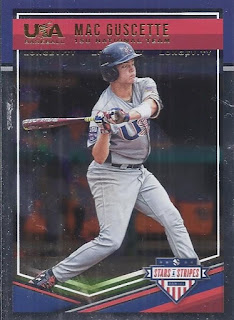 This is my second card of the youngest member of the 2/14 card collection (2002 birth). 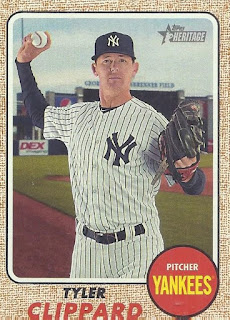 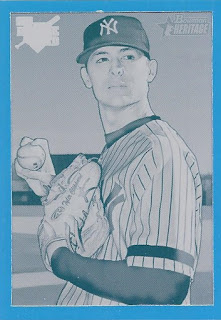 More Tyler Clippard, with this being from his original run with the Yankees. Even better, this is my first baseball 1/1 in my collection, coming from 2007 Bowman Heritage. Tyler now has 21 cards in the collection, and if I get serious about chasing parallels, I probably could vault him past Norris as well.

But there you have it!
Posted by buckstorecards at 12:09