Another local card show, and more goodies for my (and other bloggers') collections. Two posts, with the next one covering the hits from the show. 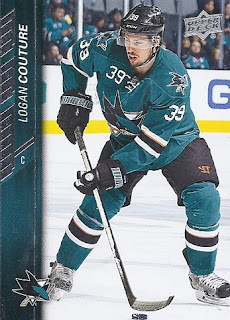 First up, the card that completed the best from Series #1. I was hoping to get it done before Series 2 dropped, but lacked just this one. Nice to put this to bed and get on to building the other Young Gunless set. 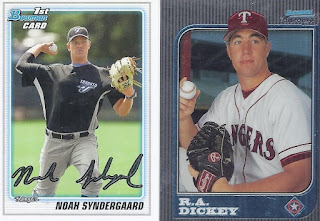 How about some rookie and pre-rookie content of a pair of guys who would get cards with both my favourite teams. I'm really happy about getting the Dickey for quite a bit below the COMC price. 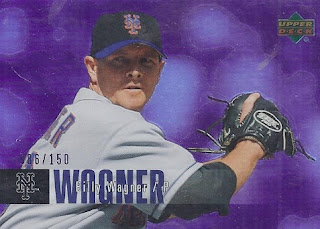 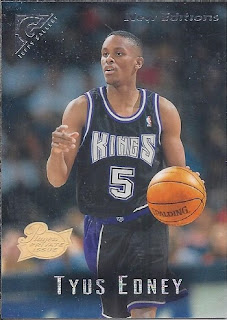 It is really rare that I can add a basketball card at the show to my 2/14 collection. It is almost mind-blowing that the one I add isn't one of the two better known names in the collection, but Tyus Edney. This is a parallel from a Players Private Issue set, and much like the Dickey, I'm really happy to add it for significantly less than the COMC cost. 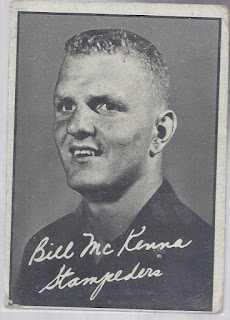 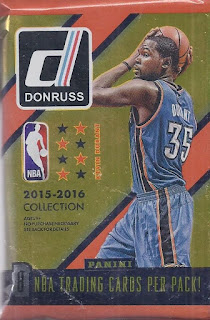 To wrap things up, one pack of the new Donruss basketball release. 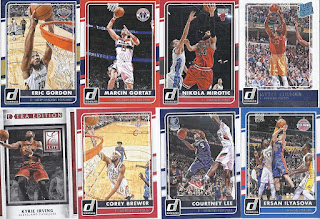 I really like the coloured borders matching the team's colours. I'm really happy to welcome the Rated Rookie (SP?) of Myles Turner to my collection, and it is all about the uniform. He's sporting the Hickory uniforms, part of a promotion the Indiana Pacers are running this season to salute the movie 'Hoosiers'. This might have me looking a little closer at some of the Indiana Pacers cards this season.

And to end this, some cards for Too Many Manninghams. 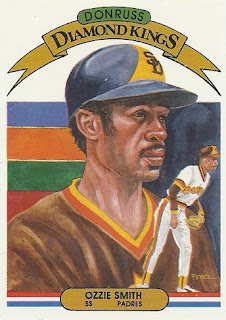 And one for an Underdog, who will be getting a Buffalo Bills/Sabres dump sent on the Super Trading way sometime next week (along with a couple hits that might be shown tomorrow).