Time to dig into Jumbo Pack #2. 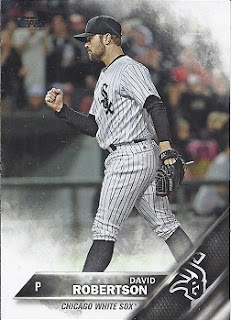 And it starts with an interesting photo in terms of it being a nice celebratory photo. 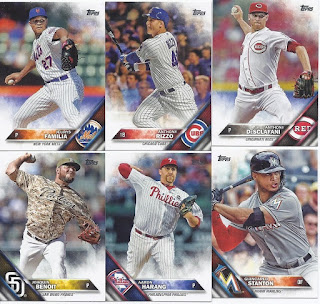 Starting my way through the pack, I get my first (and only) Mets card in this pack. The rest of this group is pretty generic, but at least I landed an alternate uniform with Benoit and a big name I won't have to look for in the secondary market with Stanton. 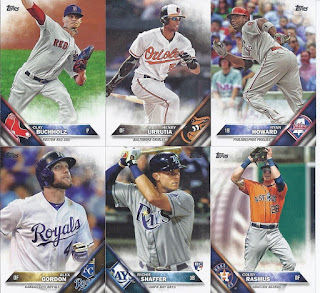 Nothing much here except cards for the set build. 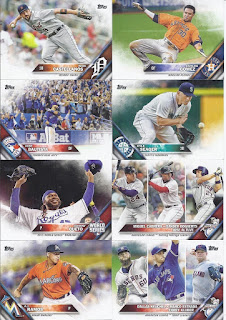 Now we're talking as I reach the horizontal portion of the pack. So many folks have waxed poetic about the bat flip card, so I have no need to join them. Considering the card was all over the local newscasts and newspapers last week, I'm really glad I won't need to look for it at the LCS or shows to finish the base set. It is unfortunate for the Castellanos and the Gomez that their nice entries are lost in the cardboard perfection that is the bat flip. 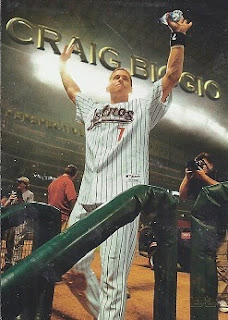 Another great entry in this subset. 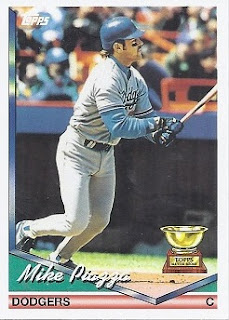 This really was a Dodgers 2-pack break in terms of landing Berger's best cards. 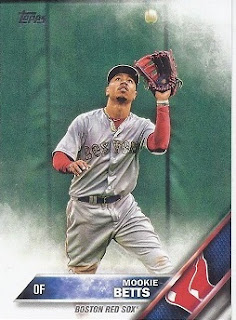 What's this base card doing lurking among these inserts? This is the camo parallel, falling at a rate of 1:25 packs. Check out the Boston across the jersey. I like how the ball is visible as it easily drops into the glove. 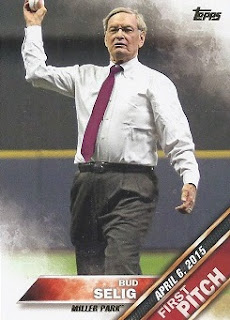 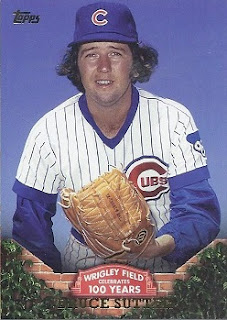 The way this card is designed with the border makes it seem that Bruce Sutter is rising out from behind Wrigley field like Godzilla. 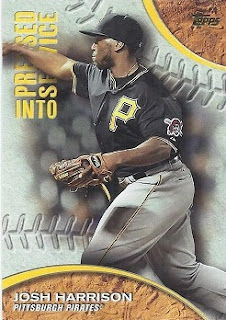 And my first card from this subset, another one I can see myself completing as the year goes on. 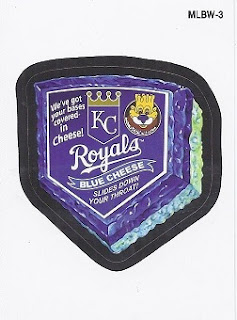 I never was a fan of Wacky Packages back in the day, so I'm not the target audience for these. But the presence of Sluggerrr on the card makes this a little more palatable. 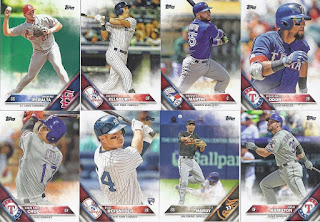 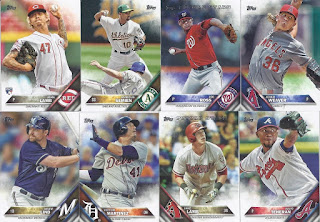 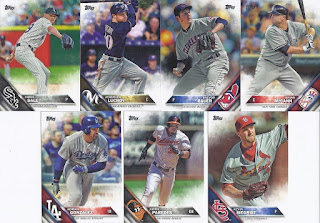 This will probably be the last time I post every card in the pack(s), so I'll just finish with all the rest of the vertical photos in the set. This is all pretty generic in terms of picture content, but the turning two cards from Hardy and Semien are nice. I also really like how the bat on the Lucroy is perfectly framed with the top of the card, almost making the card look like it has a border where there isn't one.

After only 35 base cards in pack 1 due to the silver frame, it is nice to get some more here. With these, I'm now at 79 cards in the base set.
Posted by buckstorecards at 08:27