While I've been busy grabbing cheap necessities at the Dollarama, and grabbing cards while there, I've been behind on posting them. I've got 4 of them to post. With 4 days left before next weekend, I figure this is as good a time as any to work my way through them. And at the same time, add some cards to eventual PWEs going to the Super Traders.
One $2 pack a day. Let's go.

This one contained an 80s pack, a Superstar pack, a Franchise pack and a pack of 08-09 Victory. 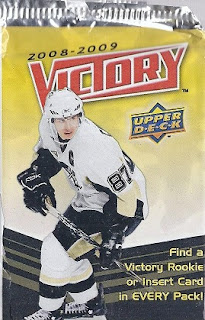 And I will start with the pack. 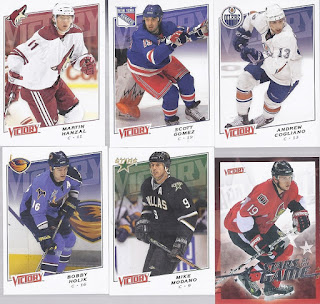 Well, no cards for my set build of this, but a new Spezza makes up for it. 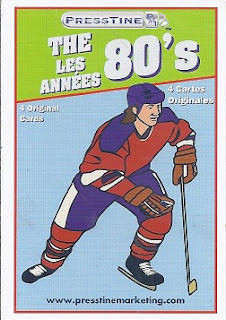 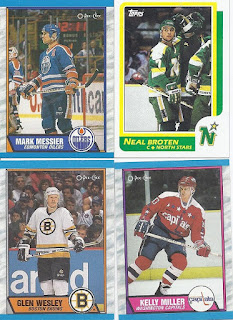 Not a lot of variety in terms of sets, but that is a nice looking Messier base card. 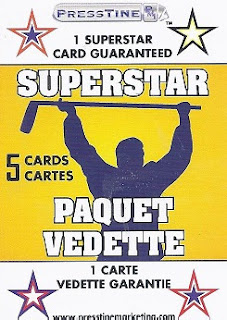 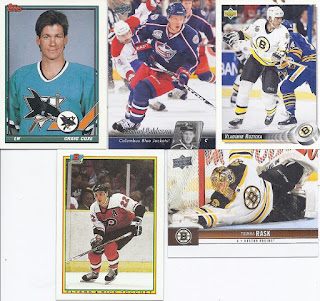 I'll assume Rask is the Superstar. Unfortunately, I've got several copies of that card. One in the set. One in the mask binder. One in my Bruins collection. 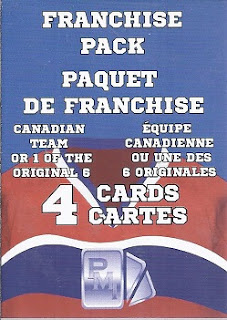 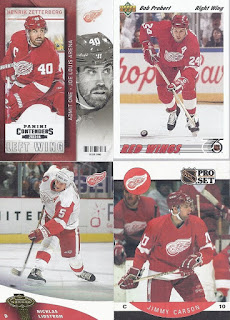 And the Franchise pack. 3 of the 4 cards I've got copies of already. To be honest, I'm not 100 percent sure about the cards on the right side, but even if I don't have them on hand, I'm sure they've been in my possession at come point. The Lidstrom, however, is my first card from UD Heroes in my possession.

For me, one of the worst ones of these in terms of keepers. However, one of them is a Spezza, so that negates any negativity from this. The Lidstrom is nice too, and as a fan of goal celebrations on cards, I like the almost subdued nature of the one pictured on the Broten.