Card Show Goodies - Nothing But the Hits

Time to recap the autographs and relics from the show! 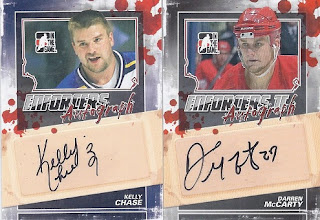 Starting off, here are some always welcome Enforcers autos. Kelly Chase hit the magic 2000 PIM mark over his career. Pretty nice penmanship, with the combined numbered of 3 and 9 being an interesting accompaniment to his signature. McCarty's handwriting is less spectacular, but he was still a nice 90s tough guy. 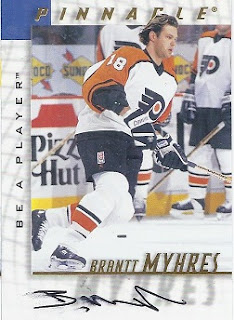 Brantt Myhres was another tough guy from Enforcers, but I opted for this one since it was a dollar. 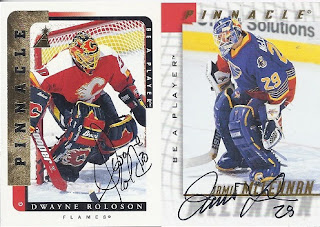 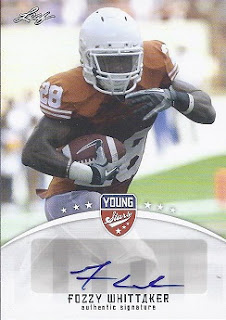 Speaking of names you don't want to pass on a dollar auto from, Fozzy Whittaker would also qualify. 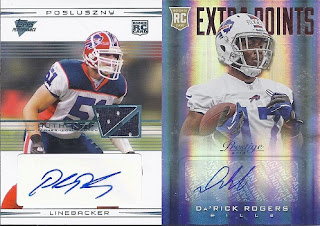 Bills! Bills! Sure, Da'Rick never played a regular season game for Buffalo, but he still counts. Posluszny's time in Buffalo was more significant, and it is a nice cheap addition to my collection, considering it is an auto/relic. 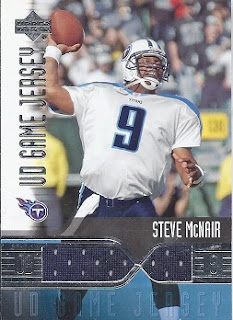 And it wouldn't be a show if I didn't find at least one more 2/14 relic for the binder. Usually, it is a Gaborik, but I'll take this. 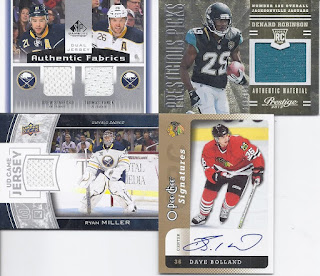 And, to wrap this up, here's a few hits for others that will probably go out over the next few weeks.
Posted by buckstorecards at 09:59