Perhaps this would have been better suited for Sunday, but I'm feeling the necessary verbosity now.

Thankfully, I don't need much verbosity for the first item, since it is a CollectABooks card of Jim Kelly. 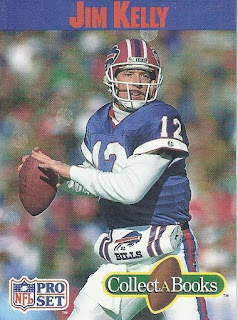 While most of the 2-14 guys either don't have booklet cards, or they're too costly, this one is just right for the collection in terms of cost. And unlike the booklet cards, this one fits nicely in the binder. 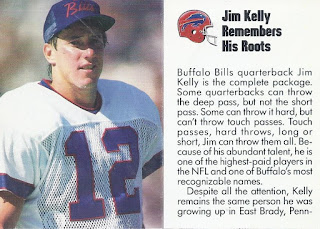 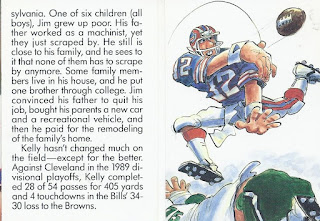 Of course, I must scan the inner portion of the book. Literature! 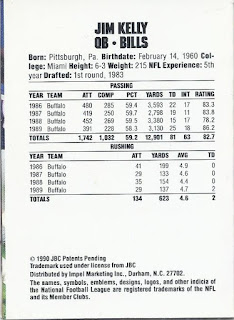 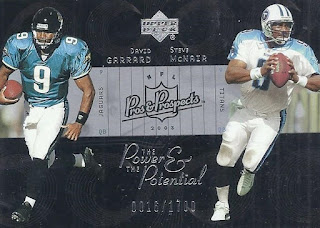 Much like with the dual relic I have of Marian Gaborik and Milan Hejduk, the 2-14 birthday is the only thing that really connects these two players. There were other black starting QBs at the time, weren't there? Culpepper? McNabb? Vick? I'll just pretend and hope that it was a 2-14 connection for this card, and that it was created just for my eventual purchase 12 years later.

And for the count, this one counts as a single card for both players, since that's what I do for the Hejduk/Gaborik cards. 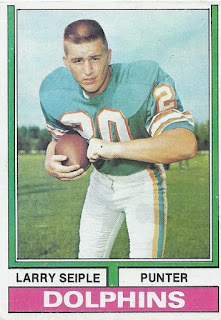 This completes my mainstream Larry Seiple collection from his career. He also had a card in a Pro Set Super Bowl 25 release. He also the first guy in this post with a Super Bowl ring, 2 in fact. 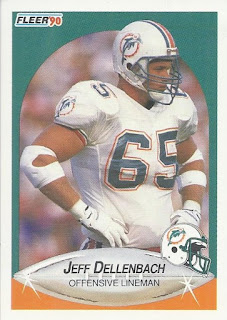 And, another player completes his run with my 5th Jeff Dellenbach card. He's an OL guy, so despite being the all-time leader for games played, he gets no hobby love. Jeff also has a Super Bowl ring from his time with the Packers. 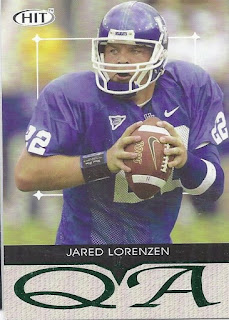 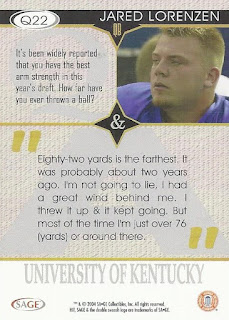 And this is his Q&A. He's also the final guy in this post with a Super Bowl ring, grabbing one as Eli Manning's backup on the Giants. 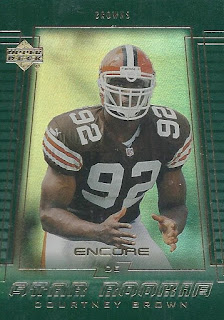 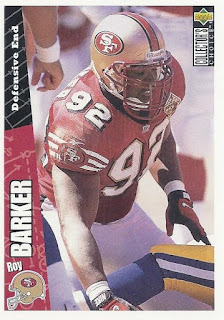 Only my 3rd of Roy Barker. He had a 9 year NFL career, but not really a lot of options in terms of cardboard either. This is my first card of him on the 49ers, though. 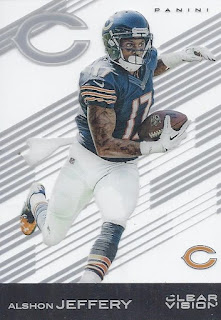 Now with Alshon, I have many option for cards. This is my 35th card of him, a new issue from this past season. This Clear Vision card is very Tek-ish, with the white portion of the background in this scan being acetate. I think this card might be making another appearance when I do my "Top 10 cards from the past calendar year of releases" on 2-14. 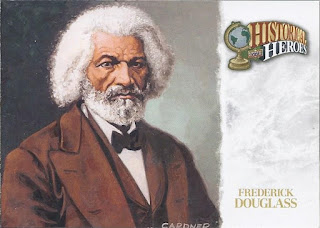 Finally, since this was from a football release, this one can be added to the football portion of the binder. This is my second Frederick Douglass, joining a card from an Allen & Ginter.

And there's the new binder cards, putting the total at 1263.
Posted by buckstorecards at 09:10