And the second of the Dollarama repacks.

This one had a 90s pack, a Goalie pack, a Hall of Fame pack, and more Victory: 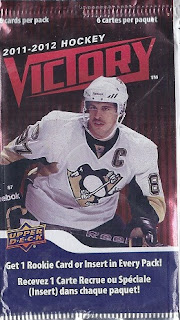 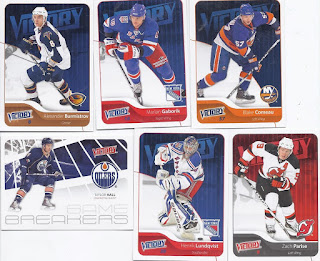 The Gaborik was a dupe, so really not much else in this pack. The cards were also really badly warped. 2011 Chrome level warped. 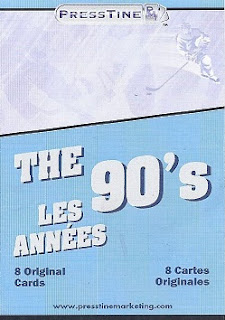 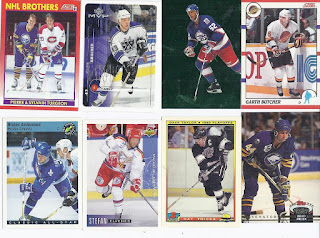 90s pack means junk wax, but this was pretty good in terms of interesting cards. I really like the NHL Brothers subset, and wouldn't mind seeing a family themed insert set in a product nowadays. The Emerald Ice parallels continue in these repacks as well, as I add a Jason Doig to my misc. binders. Some non-NHL cards might be the highlight of the bottom row, but for me, it is the Miller. It looks like a Sabres card, but he is listed as an Ottawa Senator on the bottom. That was as close as he'd come to getting one with Ottawa, and this is a certain addition to my Sens collection. 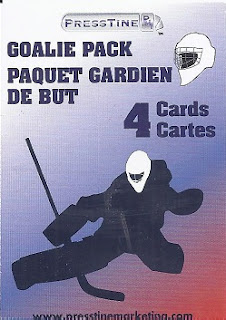 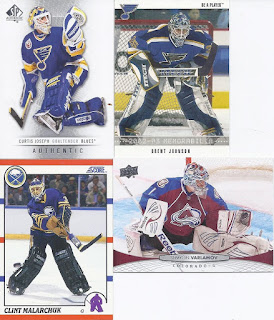 4 for 4 in new content for the mask binders. That's all I really ask from these. 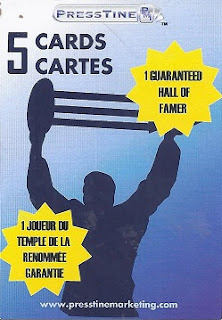 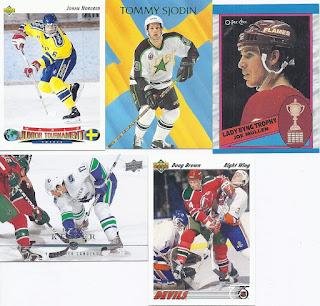 As expected, the guaranteed HOFer was from the junk wax era. While that's pretty blah, the other junk wax stuff is pretty interesting. It started off very Swedish, with a pair of cards featuring their flag in some form. The Sjodin is particularly nice. And the Doug Brown has a pretty great photo, with it appearing that a rather unfortunate Islander just caught an elbow.

Definitely better than yesterday's. And I've got two more to go!
Posted by buckstorecards at 15:13