2016 Adventures in Repacks: Part 5 - Back to the Dollarama

Let's stay true to the name of this blog with a hanger repack and a surprise bag from the Dollarama.

Starting with the 15 card hanger: 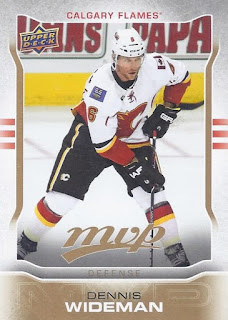 2014 MVP - Dennis Wideman - It wasn't this one that made me opt for this repack, but it is of someone who has been in the news lately.
1989 OPC - Allan Bester 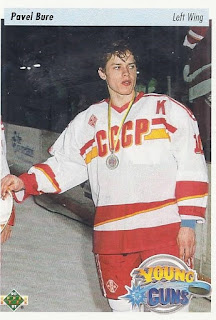 1995 Upper Deck - Pavel Bure - 5th Anniversary - This one threw me at first, since the font seemed off at the top of the card for UD's first hockey release. I turned it over and was reminded about this subset.
1991 Parkhurst - Evgeny Davydov
1990 Score - Tommy Albelin 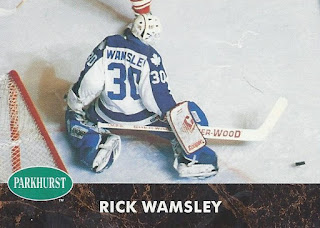 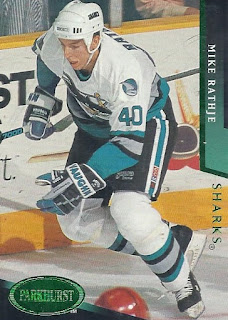 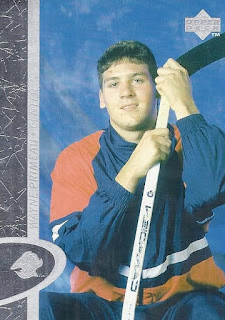 1996 UD - Wayne Primeau - Why does it look like he's wearing an airbrushed Oilers jersey? 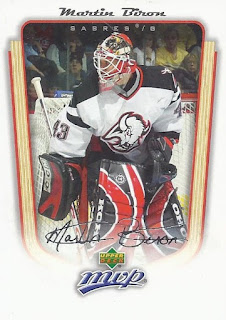 2005 MVP - Martin Biron - And here's the reason I got this repack, a new mask binder card.

A few keeper cards in here, but that's below average for me in one of these.

Let's see what the surprise bag brought forth. 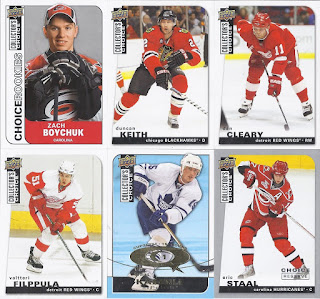 Up first was a 2008-09 Collector's Choice pack. Very Carolina and Detroit in this one, but some good stuff in this pack. I've heard of Boychuk, and he's still active on this side of the Atlantic. So that is always a plus with the rookie card. 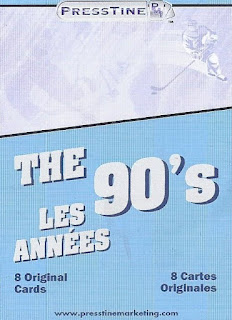 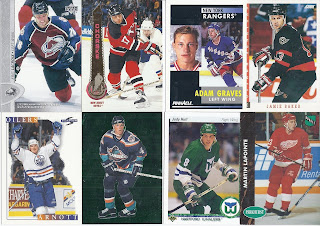 90s means junk wax in this universe, and it was for the most part. But I did land a Senators card, and a parallel rookie card of a decent player. And there were a couple of mid 90s cards. And the look with the white on the border on the Arnott makes me think of the white portion on some of the corners in the new flagship release. 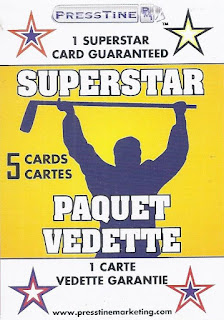 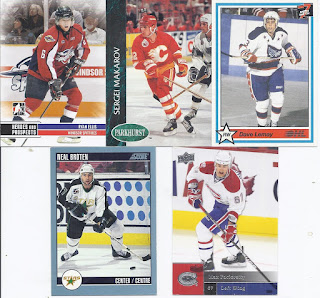 Dennis @ Too Many Manninghams would be happy to know that the repack makers now consider Max Pacioretty is now considered a Superstar. 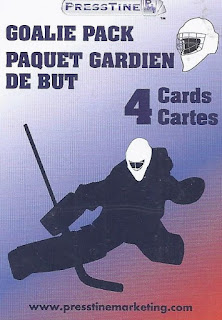 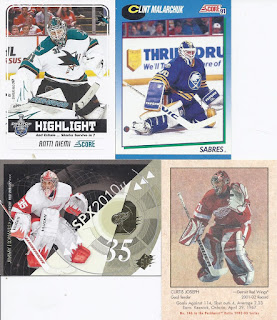 And the goalie pack saves it for me. 4 for 4 in mask binder cards. I like that average!

Maybe I'll finally bust and show off some 2016 Topps by the weekend.
Posted by buckstorecards at 12:12