And repack #3. The contents were a pack of 08-09 Ultra, a Rookie pack, a 2000s pack and a Goalie pack. And, as with the two earlier posts, I start with the non-repacked pack. 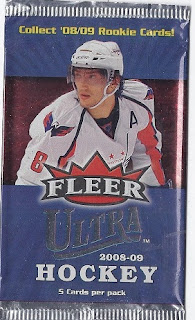 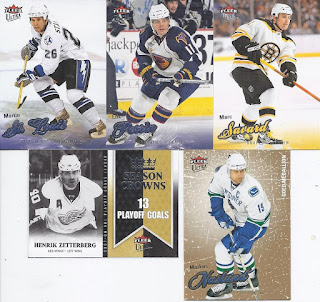 Hey, an insert to go along with the parallel! Although I've busted a lot of these from repacks, and they fall at a rate of 1:2, I think this is the first one of those. A good start, and all but the Perrin will be bound for fellow collectors. I haven't got a Vancouver collector yet, but if you look closely at the Naslund, you'll see it is a Rangers card. 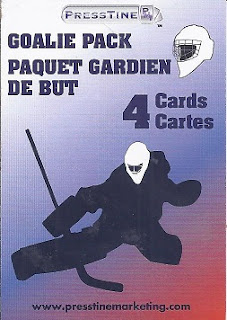 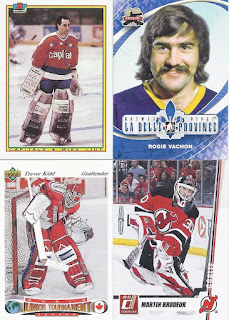 Surprisingly for me, the goalie pack was the dullest of the remaining packs. Bland mask content, but at least I got a nice pornstache on the Vachon. 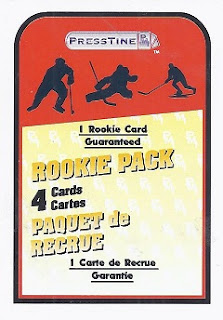 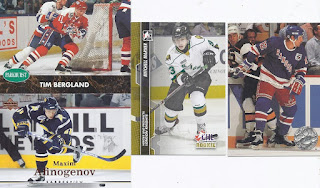 I guess that the Marner is the rookie card, even though it would probably count as more of a pre-Rookie card than an actual rookie. But, considering that this card isn't exactly cheap at COMC, (Sportlots is much saner) it certainly counts as something you wouldn't expect from a repacked product. Aside from that, I really do like the two horizontal cards for their photos, especially Bergland. 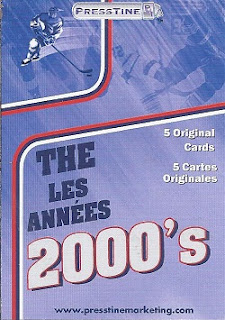 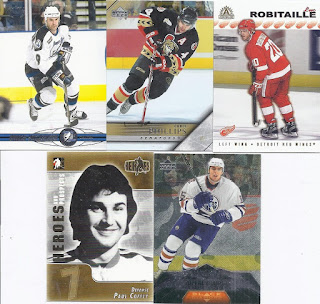 And for me, the big card came out of this. This is one that has been on the periphery of my Top 10 wantlist for a good while. Sure, it looks like a typical Paul Coffey for my Rangers alum collection, but the photo ITG used was one of him during his time with Kitchener. This, and associated parallels, are the only cards where he is in Kitchener Rangers colours. There's also a Bill Barber in the same set with the same exclusivity. And that Chris Phillips is a pretty nice Sens card as well.

I landed a really desired keeper card in this one, and that makes this the best of the group so far.

One more to go tomorrow!
Posted by buckstorecards at 07:21