Other folks are busting boxes for the Super Breakers and sending out the goodies, so I thought I'd do the same. I grabbed a box of Hometown Heroes and planned to send out the autographs to those that landed them, along with all the base cards that went along with the autographs.

Such a great idea...

On the plus side, the box promised 3 autographs, and I landed 4. Ditto for the Sportdiscs.

Let's look at the autos: 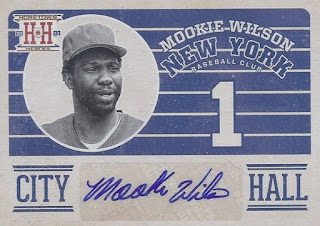 Mookie! Unfortunately for the fellow traders, I've got the Mets among the Super Traders. But, that's the way things work sometimes. 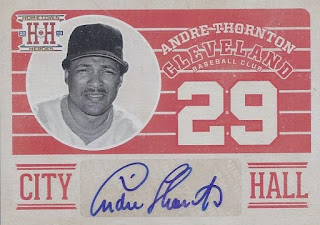 Alright! A team other than the Mets. Who gets this? 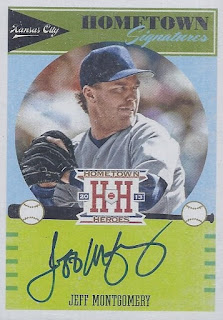 Alright! An on-card autograph! And it is a pretty interesting one. Jeff's last certified auto was in 1996 Leaf, and he hadn't even had a card since 2000. He pitched 868 2/3 innings in the bigs, all but 19 1/3 with the Royals. This should be a nice addition to a Royals collection.

Ugh. Part 2. Electric Boogaloo. There were 3 unassigned teams in this (KC, Cleveland and the Marlins). Also considering the Mets being in my possession, the first 3 autos landed in the worst possible position for others in this group.

I just busted the packs, I didn't make them. 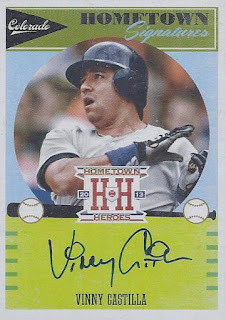 Thankfully, someone on the spreadsheet is tied to the Rockies.

So, congrats go out to Infield Fly Rule, the only person in this break to land themselves card. Unfortunately, most of my extra Rockies get sent to Condition Sensitive. That means all that I can send are the additional base cards from the set: 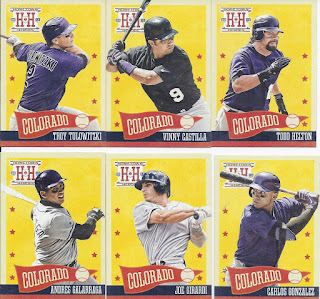 I'll try to have this in the mail by Friday. Edit: Already mailed out as of about one hour ago.

The video doesn't seem to want to link, so click here to see the box break where things didn't quite fall as I hoped.
Posted by buckstorecards at 09:41