Since I didn't have enough cash on me for a third jumbo pack of Series 1, why not try this gaudy option? 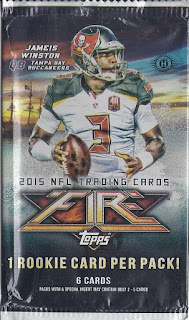 Here's your pack, with yet another appearance of Jameis Winston on the pack. Last year, it was Johhny Manziel. We'll have to wait another year to see if that looks like as bad an idea in retrospect as Johnny Football. 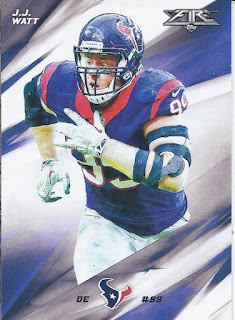 First card out. The backgrounds would not seem out of place behind any 80s Diamond King. For me, that's always a plus. 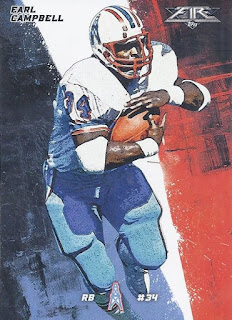 The appearance of Earl Campbell makes this pack very Houston based so far. I really like how this background works with the stripes on the helmet. 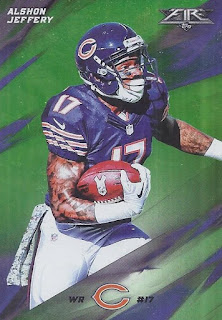 WOO-HOO! New Alshon for the 2-14 collection! This is the green parallel, numbered to /199 and falling at a rate of about one per every box and a half. I can't complain so far. 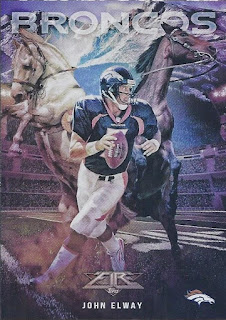 This is an Into the Wild insert. Switch the Broncos with Elway's name and this would not look out of place on the wall of a young Elway fan. There are several Bills in this insert set, and I can see myself chasing down at least one of them.

Another parallel - this time a Silver one. These are one per pack, thus making collating the 150 card base set more challenging. 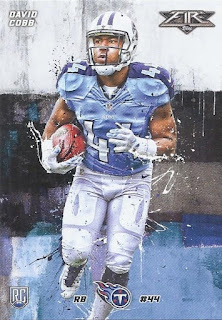 And there's the promised rookie card to wrap things up.

Despite the palette swapped backgrounds, (compare Cobb/Tate and Watt/Jeffrey), I do like this enough to at least chase down my PC guys from this.

Posted by buckstorecards at 12:59