And The Rest (of the blaster) 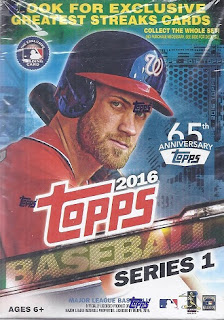 Last week, I picked up a blaster of Series 1 with the promise that the manurelic contained within would go to the Super Traders. Thankfully, it hit a claimed team, and an Orioles/Capitals/Wizards bubble envelope was sent on its way yesterday.

And now, the rest of the blaster. 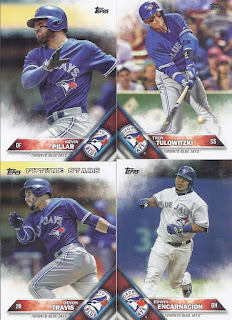 Since I'll be getting Mets content galore with the Nachos Grande break, here are some Blue Jays. The photography isn't really blowing me away on these base cards. I'd love the Encarnacion "walking the parrot" HR trot more if it wasn't a rerun from 2015 Bowman's Best. 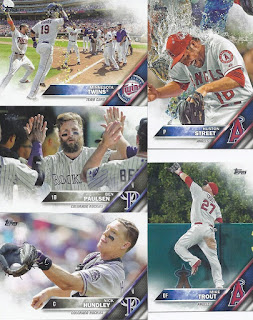 That's not to say there were not some interesting photos in this year's set, it just seems they aren't as prevalent (at least in my blaster). Still, the Hundley is a really nice looking close-up. 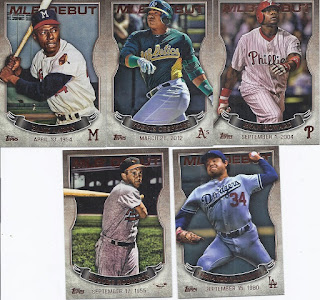 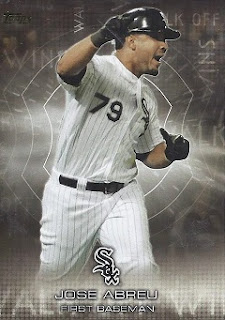 I think these inserts were all retail exclusives. Aside from Seaver, that Milwaukee Braves card of Aaron is nice, as is Fernando. 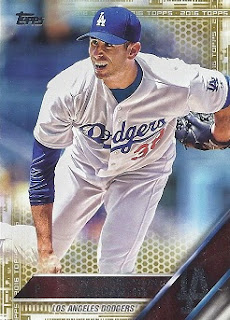 My gold parallel. That's Brandon McCarthy. I think. I think I've finally found cards that scan worse than anything with micro-etching. 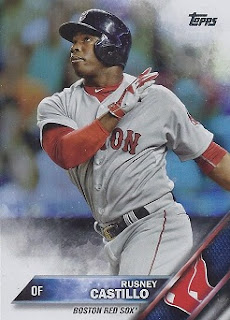 And the rainbow parallel. 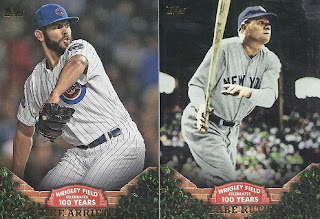 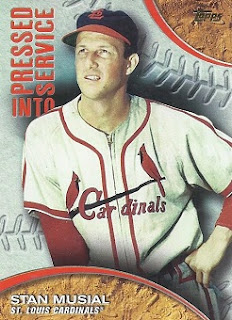 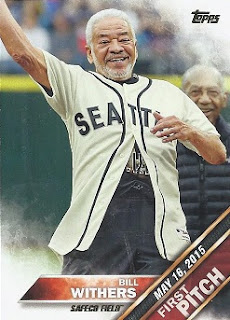 And more inserts to wrap things up. The Musial is a dupe from a handful of packs I've picked up, so that one will be Super Traded to Cards on Cards. I know what they're going for Berger's Best, but do I really need flashbacks to 2012 releases?

The big, and easy winner here is the Bill Withers first pitch card, mainly because I had to research to find what team's throwback jersey he was wearing. Since it was for a Negro League throwback game, he's rocking the Seattle Steelheads jersey.