I had two parcels show up at my place yesterday. One was the box of Hometown Heroes that I busted for the Super Traders. That really didn't work out as I'd hoped, as of the 4 autos, only one got sent out to someone else on the list.

The other was an envelope from Greg @ Plaschke, Thy Sweater Is Argyle. It hit a lot of my collections. 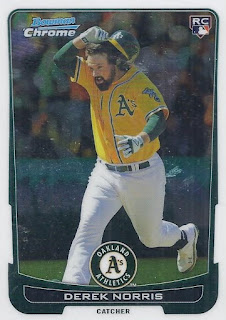 How did I not have this card already in my 2-14 collection? It's just a recent base card, why wasn't it there? I did have a parallel, but not this. It really doesn't make sense, but at least this walk-off card is in there now. Derek Norris now has 24 cards in there, tied with Larry Milbourne and Scott Scudder for second place, 2 behind John Marzano. 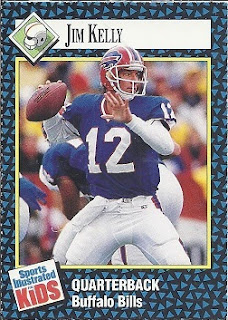 This is probably going to be a 2/14 binder card as opposed to a Bills binder card. My binders. My decisions. This is now the 3rd of these SI for Kids cards that I've added to my collection, joining Gheorge Muresan in the basketball portion, and LPGA HOFer Mickey Wright. This is my 54th Jim Kelly card. 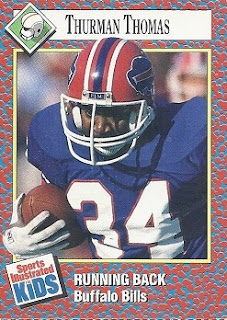 At least there is not doubt that this SI for Kids card is a Bills binder addition all the way. 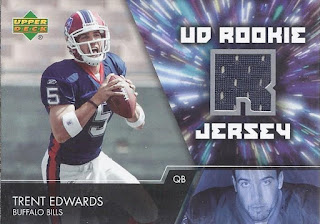 Leaving the football behind with this hit of Trent Edwards. Amazingly, Trent might not even make my top 3 of misery-inducing QBs from the post Jim Kelly era. Rob Johnson and JP Losman easily take the top 2 spots. However, with EJ Manuel being a first round pick and now really not being in the picture, he might overtake Trent. 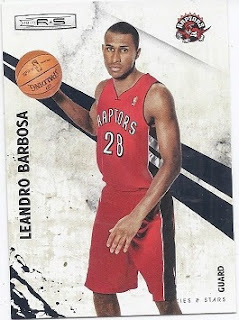 Much like with Buffalo, the Raptors binder only gained one base card. Still, if I didn't have the card, it is a welcome addition. 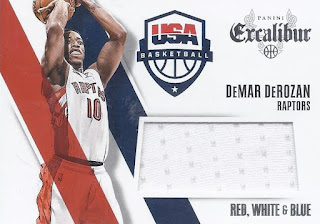 One base card. One hit. Same with the Raptors as with the Bills. Excalibur was a Target only release that was released after Target left Canada, so it is nice to add something from a set like that to my collection. 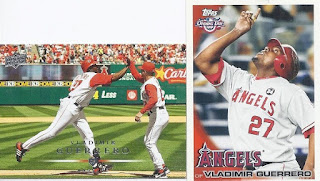 Baseball the rest of the way home, as I added a pair of Vlads to that binder. That Upper Deck card is another in the long line of "Why didn't I have that card earlier?" 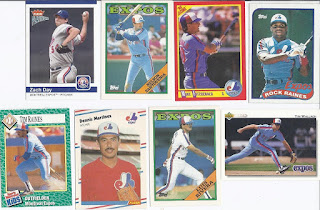 Expos content! More SI for Kids content here as well. The 1988 cards are from the Traded set, and, along with the Jays and Mets that will show up later, the first cards I have from that release. CanCon! It is nice to get some Russell Martin stuff, since even his non-Jays base stuff has really gotten costly as of late. Once again, that Kottaras is a card with a great photo that I can't believe I didn't have in that collection. 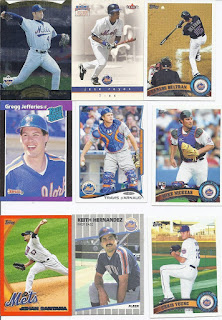 Switching to the Mets, the Jefferies is a different variation on the "I didn't have that card! Why wouldn't I" theme. Every man, woman and child on this planet could probably have multiple copies of it, but my Mets binder didn't have it? Why!? 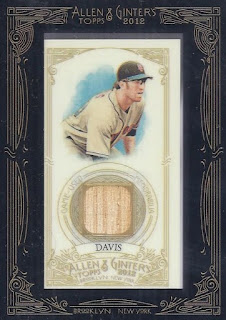 And the third hit for a team collection. 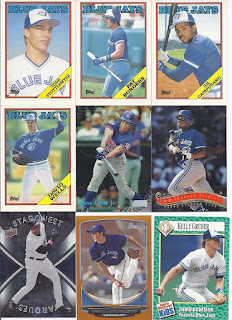 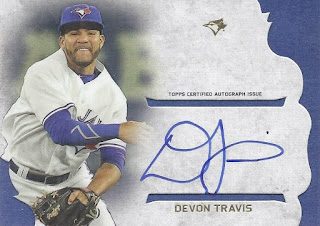 To wrap things up, the Blue Jays portion of the envelope. This is my second auto of Devon Travis in there. Hopefully, his injury troubles will be behind him in 2016.

And there's a very busy trade in the books.
Posted by buckstorecards at 09:28