And it comes to an end. 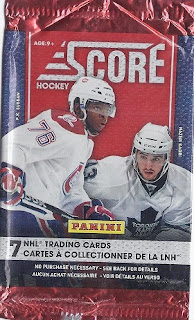 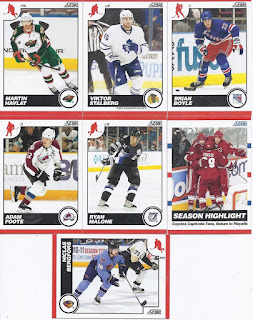 A pretty bland pack to start it off. When the big name in the pack is Adam Foote, it is not going to be that interesting. At least the horizontal card was the glossy parallel. 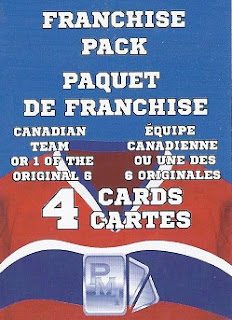 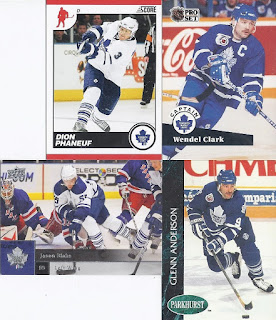 And a Toronto Maple Leafs franchise pack isn't going to pick me up. But, two of the photos were of throwback uniforms. so that is at least one benefit. 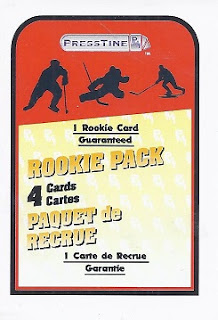 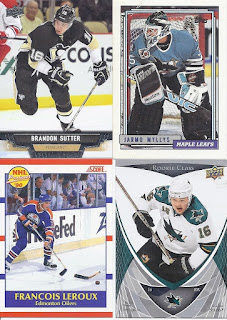 The second 2-14 baby to come out of this week of repacks was, much like the first one, a dupe. But, the Myllys is a new one for the mask binder. I don't remember him playing for the leafs at all, and hockeydb.com confirms that. It looks like he preferred returning to Finland to playing for the Leafs. I can't blame him. I'll assume that the promised rookie card is Setoguchi, not Leroux. 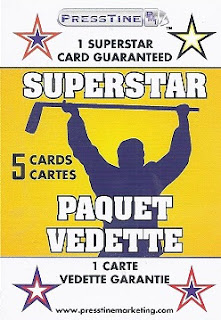 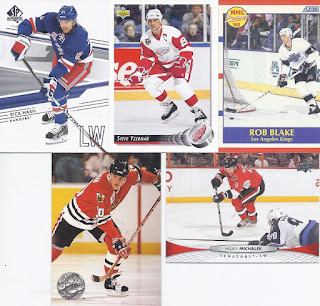 And this one isn't too bad. I assume that Nash is the promised Superstar, although Yzerman might object to that. I even landed a second HOFer in this with Rob Blake. There's a Sens card, and poor Brian Noonan is left as the fifth wheel in the pack with nothing to say about his card.

And that's a bunch of $2 repacks.
Posted by buckstorecards at 08:07